Oslo-based Rubrikk Group (formerly Rubrikk no AS) is expanding at a breakneck pace. In the past eight months it launched stuff search engines in Canada (in November last year), Austria (January), Argentina (February), France (about to go live) and Poland (live soon), to bring the total number of countries in which it operates  – either on its own, or with a partner – to 20. 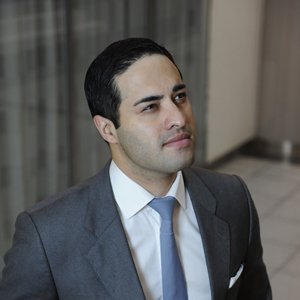 Adil Osmani, CEO of Rubrikk Group (from LinkedIn with thanks)

The company employs 50 people, opened an office in Rumania recently (where the IT team is based), and continues to look for new countries to expand to.

We asked Adil Osmani, CEO of Rubrikk Group, why the big markets (eg. U.S., China and India) are still absent from the list.

“The bigger markets are surely on our radar. We do not have imminent plans for China and the U.S., but India is on our radar,” he said.

Most interesting, is that the privately owned Rubrikk Group has been profitable for the last ten years and has built a “solid cash reserve”, which it uses to finance expansion.

Some of its country sites are growing strongly. For instance, in Germany, where Rubrikk is in partnership with Focus Online, one of Germany’s three biggest online news publications, the stuff search engine (here) almost doubled its visits (desktop and mobile site) to two million in the 12 months to May (source: SimilarWeb).

In May, the top five sites it referred visitors to were EBay Kleinanzeigen, Quoka, Markt.de, Immonet, and Mobile.de.

We asked Osmani about the business model.

“We run two models,” he said. “One is (where we) partner up with publishing houses and do a pure profit-share with them. In this model, there are no costs for the publishers, meaning there is no risk – only an upside. This creates an incentive for both parties to build revenue streams.

“There are no “losses” to be carried by the partner, and since it’s a joint operation, both parties work to develop the market.

“It is not a “tech-for-marketing” partnership, but a partnership in every sense – also in generating revenue. Any costs which arise, for instance in marketing, is discussed on a case-by-case basis, and can be shared.

“Basically, the parties will agree on spending, if both (reckons) it (will) grow revenue, which again plays into the profit-sharing model,” Osmani said.

“The second model is more classic. It is where we start a site without a partner, much as Trovit and Mitula are doing it. Currently, Rubrikk Group has partners in seven countries, and stands alone in 13 countries. But, these numbers can change at any time,” he said.

To put all of this in context: Search engines are not equally popular in all verticals. As a general rule, stuff search engines seem to be less successful at pulling the crowds than, for instance, jobs search engines.

In Germany, for instance, Rubrikk and Focus Online’s site Kleinanzeige.focus.de was Germany’s most popular stuff search engine in May, with two million visits, ahead of De.trovit.com (1.3 million visits), Local24.de (580,000 visits) and Stuffle.it (10,000 visits) (source for all numbers: SimilarWeb.com).

Compare those numbers with the visits received in May by EBay-kleinanzeigen.de and Quoka.de, Germany’s No. 1  and No. 2 general classified sites, and it’s clear that stuff search engines haven’t (yet?) won the heart and minds of used-goods traders in Germany to the extent, for instance, job search engines have done it in the jobs vertical.

In May, EBay-Kleinanzeigen received a massive 105 million visits and Quoka.de 7 million.