For Schibsted, the Hemnet saga is over

Schibsted withdrew its offer for 80 percent of Swedish real estate site Hemnet, and stopped trying to acquire the site.

Late yesterday, Schibsted announced its decision to terminate the on-going process, after getting a negative response from the Swedish Competition Authority (anti-trust authority) to Schibsted’s suggested amendments to the original deal. Here is Schibsted’s official statement. 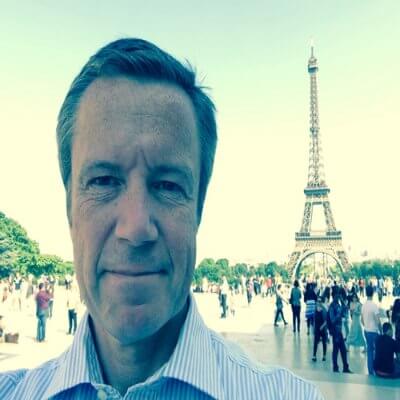 Dan Sjöblom, director-general of Sweden’s Competition Authority (from his profile page on LinkedIn with thanks)

The Competition Authority took the news as a victory for competition policy in Sweden. Dan Sjöblom, director-general of the institution, said in one interview this was “a good day for real estate sellers in Sweden. If the transaction had taken place there would have been a monopoly on digital real estate ads in Sweden and higher prices”.

Late last night we spoke to Raoul Grünthal, president and CEO of Schibsted Sweden (LinkedIn), and he said he was very disappointed when he got the message from the Competition Authority earlier in the day, namely that the institution had decided to contest the proposed deal in court.

“These kind of transactions should not land in court. They are too complicated,” he said. He has difficulty understanding the decision of the Competition Authority, since part of the Schibsted deal was a promise made by the two leading realtor chains (Svensk Fastighetsförmedling and Fastighetsbyrån) to spread their digital advertising wider. As it stands, almost 50 percent of all digital advertising in Sweden comes from (members of) these two organizations – who advertise only on Hemnet.

Grünthal wasn’t willing to discuss all the concessions (or amendments) Schibsted had suggested to the original deal to allay the market-concentration fears of the Competition Authority, other than the licensing to Bovision of all Blocket Bostad ads.

“Now, that will not happen,” Grünthal told us. Earlier this week the real estate agent organization Mäklarsamfundet held an extra-ordinary meeting to decide on the new deal, with Schibsted’s suggested amendments, and cleared it.

“We had two parallel processes. Therefore, the agents had to clear the deal. We did not know what the Competition Authority had decided, until it communicated the decision, that it couldn’t accept the take-over, to us today,” said Grünthal.

Early yesterday, we reported Merro and General Atlantic had made a new bid for Hemnet (here is our report). We haven’t received confirmation from the two that they have, in fact, submitted a bid. But, in parts of the Swedish media they are already being presented as the new owners!

As recently as last month, the two have confirmed their continued interest in Hemnet. That was done together with a photo of Charles Feeney, the billionaire behind General Atlantic.

So, for Schibsted, the Hemnet saga seems to be over. But, the Hemnet saga is not over. The realtor chains Svensk Fastighetsförmedling and Fastighetsbyrån, owned by Swedbank, clearly wants to sell their stakes, or parts thereof, in Hemnet. Other players have shown interest in Hemnet, including the Swedish venture capitalist group Nordic Capital.

The main reason for trying to buy Hemnet, was that Schibsted and Blocket had no chance of competing with Hemnet without the ads of the two big realtor chains.

“We will continue to look at the real estate vertical,” Grünthal told us. So, whoever buys Hemnet, will have a fight with Blocket Bostad on his hands.

Should we end up with a situation in Sweden where the two big realtor chains advertise also on channels/players competing with Hemnet, the market for online real estate advertising may end up very competitive.