More layoffs at JobAndTalent in Spain

Jobs site JobAndTalent cut another 50 employees from the team in its Madrid headquarters. Thirty-five of the 50 worked as engineers; the remaining 15 were made redundant in other parts of the company.

This followed on layoffs in October, when the team of engineers lost 18 members and another 15 jobs were cut in other departments. All in all, 83 jobs have so far been cut in Q4 of the year.

JobAndTalent has raised almost $85 million U.S. to date, and closed its most recent round of $42 million in June 2016. Reporting on the new job cuts, Spanish newspaper El Espanol suggested they were aimed at improving profitability, before management seeks new funding.

“That is a misunderstanding,” JobAndTalent CEO Juan Urdiales told us. “We are not seeking funding. We are focused on execution, and have a lot of money from the last round. What I can say, is that thanks to the (staff) cuts, we will be in a much better position in future, should we decide to raise funds, since we’ll be much more efficient as a company.” 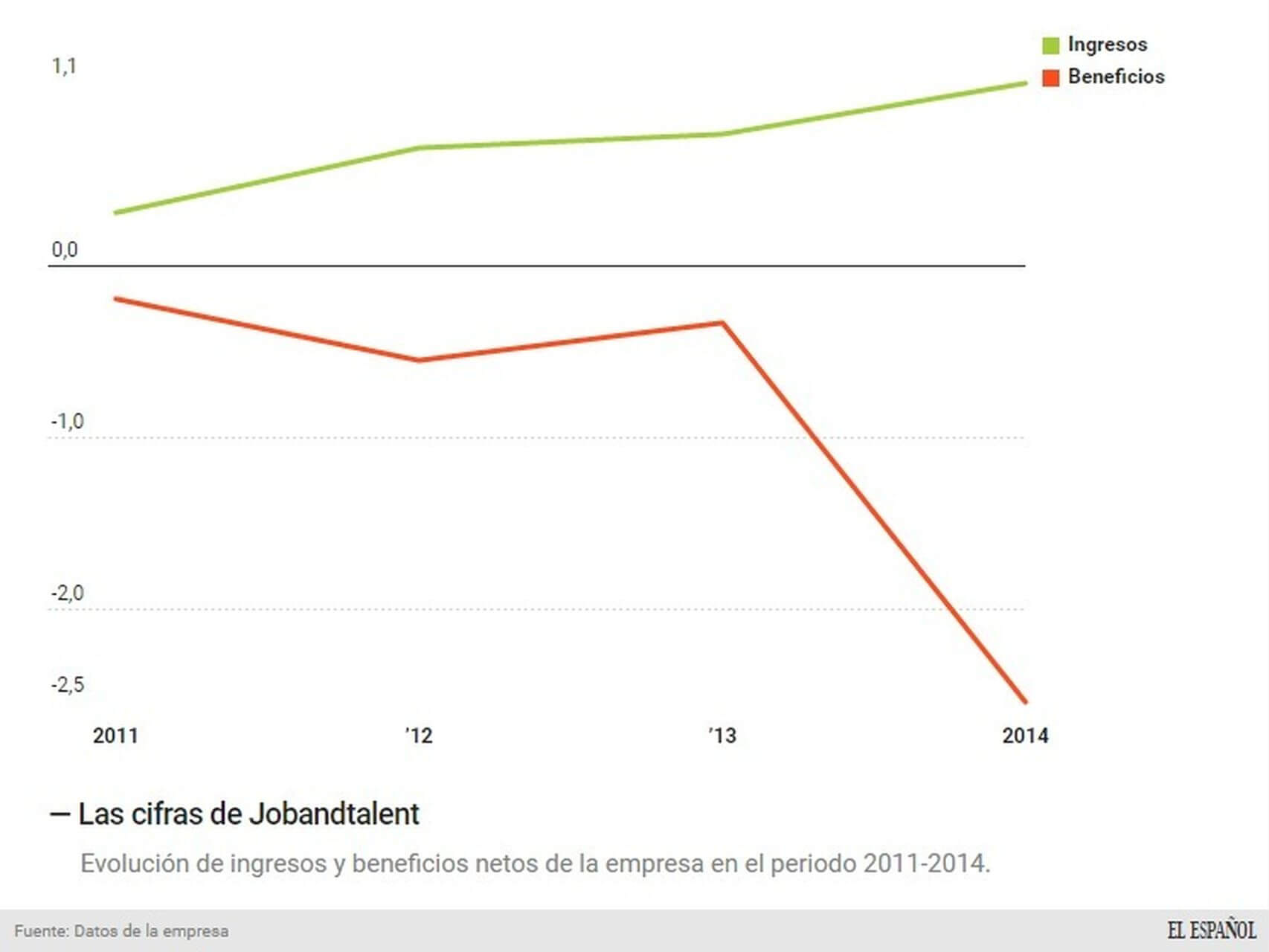 Urdiales said the company was streamlining its product and engineering team, because “not so much work is required after the huge development of different features in the last 12 months”.

According to a report in Spanish newspaper El Confidencial (full article in Spanish here), JobAndTalent hired until just weeks ago. Some employees, including engineer Ramón Argüello, who previously worked for Twitter in London, were let go after working at JobAndTalent for just one month.

It is being speculated that the company has suffered large losses and overextended its budget for staff. The most recent financial figures available (in chart above), from reports filed with the Spanish Mercantile Registry in 2014, showed revenue at about €1 million ($1.04 million U.S.) in FY2014, and a loss of around €2.5 million in the same year.

Urdiales said, JobAndTalent was not suffering under the competition from apps, such as CornerJob and JobToday. “They are promoting the adoption of mobile in the market,” he said. “They are just classifieds brought to mobile. They don’t have matching abilities, and they do not handle the transactions. They do not do the payroll and everything that we do. So, their value proposition is weak against ours.”

The company’s growth strategy is focused on serving corporate clients by rapidly supplying workers for blue-collar and casual jobs, and handling the related processing, paperwork and payroll. It will continue to attempt to grow its user base by offering better-matched jobs and guaranteeing prompt payment.