The chances that Fairfax Media (ASX: FXJ), parent company of Domain Group, will end up owned by a U.S. private equity firm have increased twofold, as the publishing company revealed Thursday that a second bidder had thrown its hat in the ring.

An update to the ASX revealed that Hellman & Friedman had made a competing indicative, non-binding proposal to acquire 100 percent of Fairfax Media at a price of $1.225 to $1.250 AUD per share, valuing the publisher at up to $2.9 billion AUD ($2.1 billion U.S.).

The Hellman & Friedman bid follows another offer from a consortium led by TPG Capital to acquire 100 percent of Fairfax at $1.20 AUD a share, or $2.8 billion AUD ($2 billion U.S.).

TPG revised its offer to Fairfax after its initial proposal to break up the company and only acquire Domain and Fairfax’s three flagship mastheads received a tepid reception from shareholders, who said it greatly undervalued the company.

“The current deal basically cherry picks the best assets and Fairfax shareholders are left with assets whose value is hard to work out,” Patrick Potts, an analyst at Legg Mason Martin Currie, which owns 6.1 percent of Fairfax, said of the initial proposal. 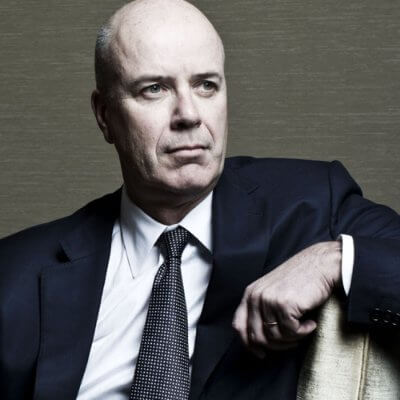 Greg Hywood, CEO of Fairfax Media (photo from his LinkedIn page with thanks)

The Fairfax board had also warned that splitting up the businesses might be too complicated.

In a sign that the Fairfax board is considering both TPG’s latest offer and the Hellman & Friedman bid, Fairfax chairman Nick Falloon granted the private equity firms due diligence.

“[The Fairfax Board] have carefully considered the indicative proposals and believe it is in the best interests of shareholders to grant both parties due diligence to explore whether a potential whole of company proposal is available,” Falloon said.

Nevertheless, any deal that’s accepted by Fairfax will still be subject to approval from the Australian Foreign Investment Review Board (FIRB) and the New Zealand Overseas Investment Office (OIO).

That’s been made all the more complicated after Fairfax’s striking journalists struck a chord with Labor senator Sam Dastyari, who launched a Senate Select Committee on the Future of Public Interest Journalism.

Fairfax chief executive Greg Hywood fronted the select committee in Sydney on Wednesday, but declined to answer questions about the TPG offer.

Earlier in the day, the committee heard from Paul Murphy, chief executive of the Media, Entertainment and Arts Alliance, who raised concerns about the impact of splitting Domain off from the rest of the Fairfax business and listing it on the ASX.

The union boss also warned that a successful bid from TPG could be bad news for Fairfax rival News Corporation as well, particularly if mastheads were closed as a result of the takeover.

“A private equity takeover and a break-up and further decimation of Fairfax would be disastrous for our media landscape as a whole,” Murphy said.

The inquiry noted that it may consider issuing a summons for TPG, which had previously declined an invitation to give evidence on Wednesday, to appear at the next session.

Despite TPG’s commitment to grow the Fairfax mastheads rather than cut them, there’s concern that public interest journalism will be lost in favor of using the papers merely to bolster Domain’s reach in key markets.

“The public statements of TPG we take with a grain of salt at this stage,” Murphy said. “We have a particular concern about further job cuts. We also have a very serious concern, which we believe is something that needs to be kept in the public spotlight very strongly, that these types of private equity firms have a track record of taking cash out of businesses and not leaving cash to fund employee entitlements.”

Select Committee chair Sam Dastyari said TPG must face a “national interest test” and guarantee that it will protect independent journalism if its bid is successful.

He also called on Treasurer Scott Morrison to impose conditions on any foreign bid for Fairfax, including promises to safeguard journalistic independence, jobs, and quality.

TPG has a stake in Southeast Asian property site PropertyGuru and classified business RentPath in the U.S., while Hellman & Friedman’s investments have included Germany’s Axel Springer and Scout24, both of which operate a string of classified sites across Germany and Western Europe. Scout24 is helmed by former REA Group executive Greg Ellis.

Hellman & Friedman, aside from a higher bid, might also have just the right connections to make its proposal a success.

It’s understood that former Hellman & Friedman chairman Brian Powers — who was chairman of Fairfax Media between 1998 and 2002 — is also involved in the Fairfax bid.

Powers previously advised Hellman & Friedman, as part of the Tourang consortium, on a bid for Fairfax in the early 1990s, after the company had gone into receivership. Australia’s current Prime Minister Malcolm Turnbull, then an investment banker, was also an advisor on that deal.

It will take a week for Fairfax’s books to be opened to the private equity firms, and in the meantime, the Fairfax board advised that it will proceed with the separation of Domain Group.