Between July 23 and 30, any Zhuan Zhuan user who lists an old computer on the platform will be entered into a draw to win a new Lenovo IdeaPad 320.

What’s more, Lenovo created a special promotion for Zhuan Zhuan users who buy a new Lenovo computer, whereby they will receive a free four-year warranty as well as other promotional products. 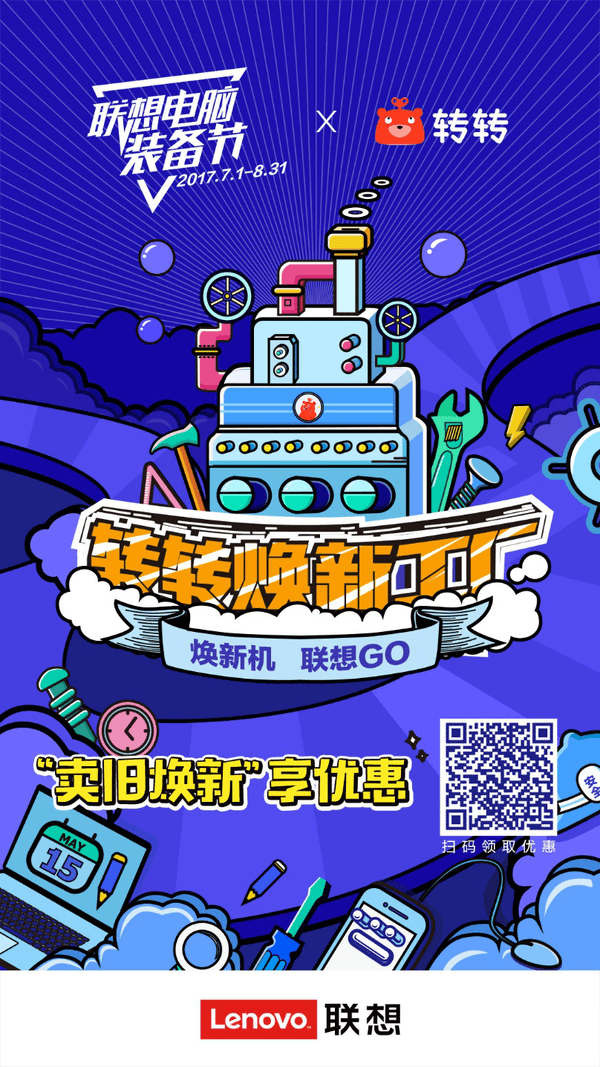 The promotion is another sign of the benefits being accrued by Zhuan Zhuan thanks to the increased involvement of its new minority-owner Tencent (腾讯).

Initially launched in early 2016, Zhuan Zhuan was incubated by classifieds giant 58.com (NYSE: WUBA) before being spun off when Tencent stepped in with a $200 million U.S. investment in April (which we reported on here). Tencent currently also holds a 23 percent stake in 58.com. (To complete the picture: Naspers owns 34 percent of Tencent – editor.)

Tencent and Lenovo have some history of working closely with one another, much as Tencent does with 58.com. Last year both companies invested in Silicon Valley augmented-reality start-up Meta (see here).

Earlier this month the first Tencent/Zhuan Zhuan co-production was released (which we reported on here). The new “mini program” (小程序) for Tencent’s WeChat (微信) social networking and chat platform targets the used-phone market and is called “30 seconds to buy a phone” (手机30秒快卖).

Zhuan Zhuan’s principle competitor is the Taobao-affiliated mobile platform Xianyu (闲鱼), which is backed by e-commerce giant Alibaba (NYSE: BABA). The two platforms operate on a slightly different basis, however, with Xianyu promoting transactions which are limited to local or interest-specific communities, or “fishponds.”

The used-goods market in China is already estimated to be worth 400 million RMB ($60 million U.S.) annually. Xianyu and Zhuan Zhuan currently are way out in front of their competitors, including  Tencent’s own, underperforming QQ-based stuff app Xianbei (闲贝).

While Xianyu currently still brings in around twice the MAU of Zhuan Zhuan, with Tencent’s backing (and with its longstanding rivalry with Alibaba fuelling the fire), expect the gap to keep closing.