The deal will see Frontier Digital Ventures (ASX:FDV) swap its horizontal Afribaba, which is focused on French-speaking countries in Africa, and $500,000 U.S. for the three businesses. Then the acquired businesses’ traffic, listings, agents, advertisers, and revenues will be merged with Frontier’s market-leading properties in the three countries – ToLet.com.ng (Nigeria), MeQasa.com (Ghana) and AngoCasa.com (Angola). 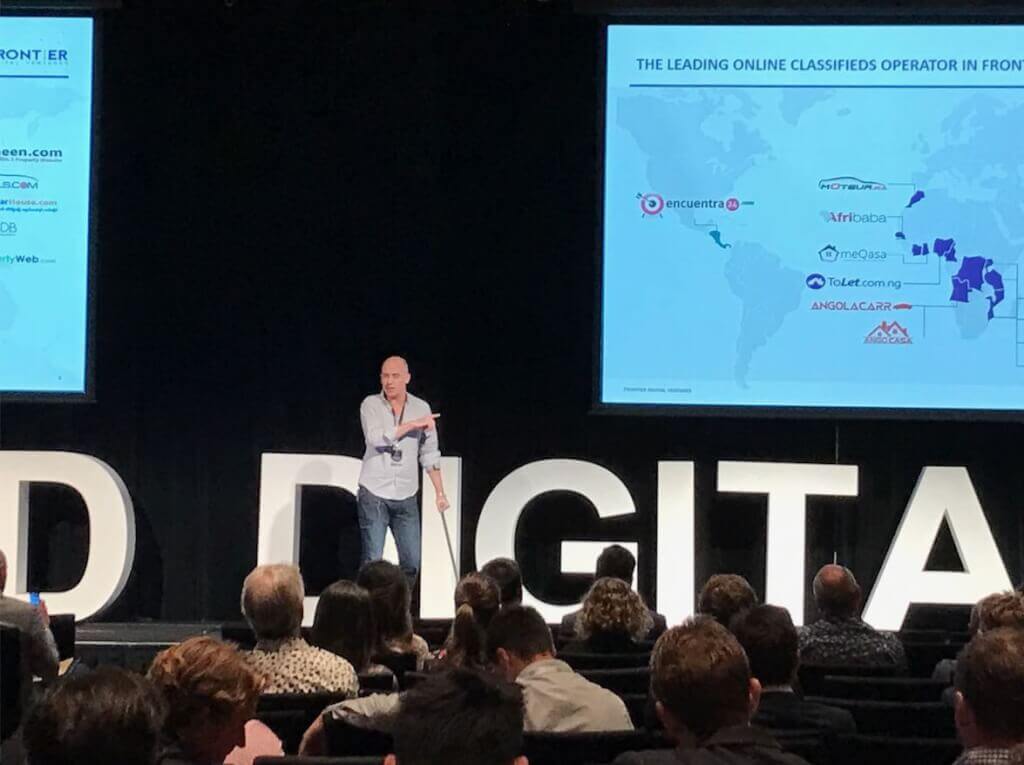 Shaun Di Gregorio, founder and CEO of FDV, grabbed the “rare opportunity” (photo from his LinkedIn profile with thanks)

According to FDV founder and CEO Shaun Di Gregorio, “the transaction was a rare opportunity in the online classifieds space.” (Read news release.)

The Jumia sites in the three countries will start redirecting all traffic to MeQasa, ToLet and AngoCasa. At the same time, all listings currently on the Jumia sites will be “migrated to” (we assume that means “duplicated on” – editor) the FDV sites, said FDV.

“In the next two months, there will be a comprehensive customer migration process. Existing Jumia dealers and agents will be offered new contracts, or the option to roll their existing Jumia contracts,” FDV said.

For Jumia Group, previously Africa Internet Group, the deal with FDV offers good value as the divested sites’ traffic had been dropping, and listing volumes stagnating.

Jumia Group, owned by a group of investors under Rocket Internet’s leadership, stopped investing after unsuccessfully spending millions of dollars on marketing to rack up sustainable user growth in the nascent internet markets.

For FDV, it’s a different proposition: by acquiring the No. 2 properties in each of these markets, it solidifies and strengthens the No. 1 positions of its sites, and moves a little closer to its goal of being the dominant player in this, key African region.

Afribaba, on the other hand, had solid, established sites to beat on its way to the lead, including Ringier’s Senegal-based horizontal Expat-Dakar.com and regional leader Kerawa.com. Given the goal of owning the No. 1’s, it was smart and consistent to let Afribaba go.