Google has expanded its job-search project into Latin America — its first international launch.

The company disclosed the expansion Thursday in response to inquiries from the AIM Group, which captured screen shots of the new product within the past few days. 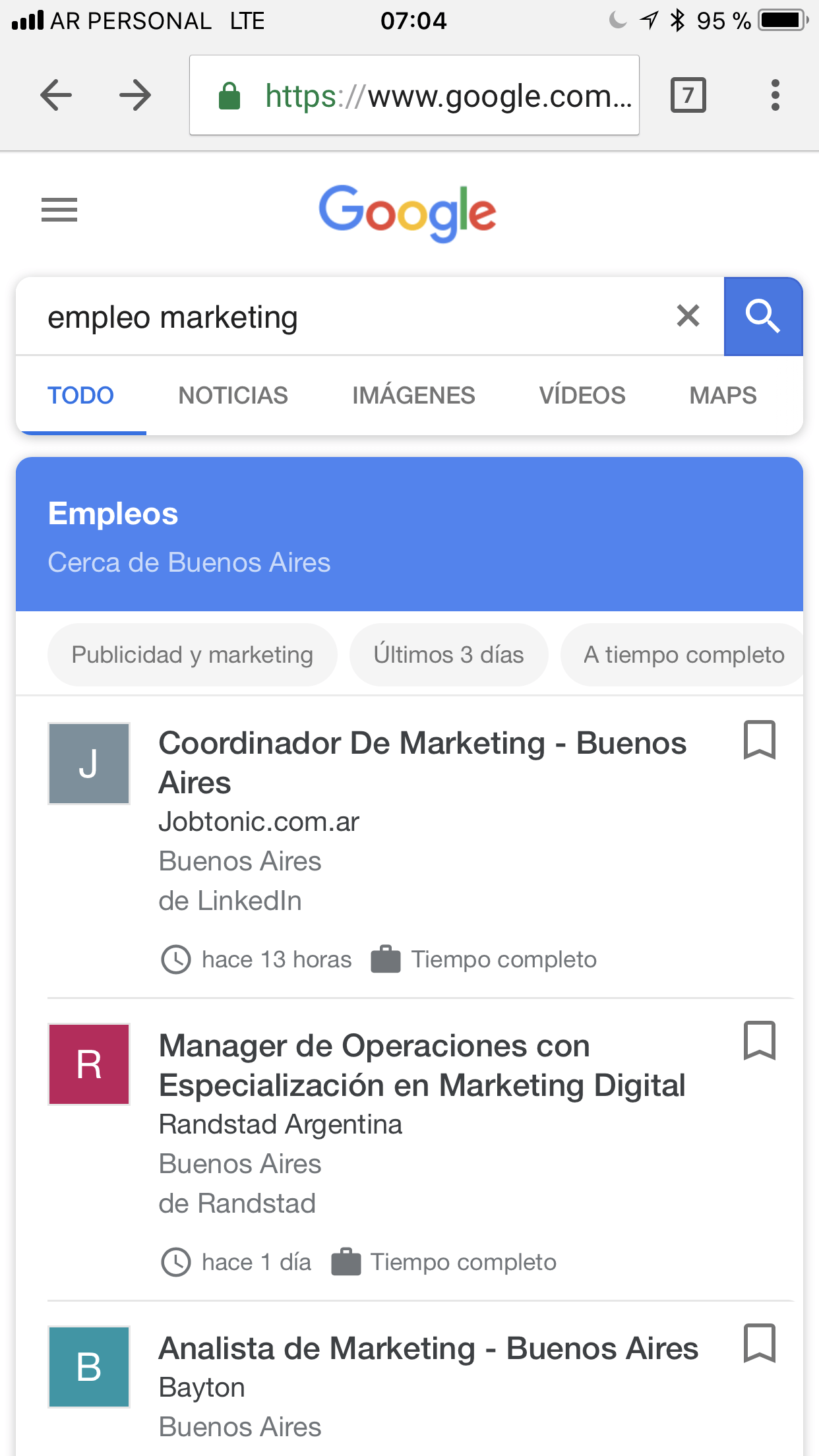 Google Search for Jobs, as the product is known in the U.S., has launched with media and job-board affiliates in Argentina, Brazil, Chile, Colombia and Mexico.

In Brazil, LinkedIn; Glassdoor-owned LoveMondays (which has entered the jobs classified market); Empregos.com.br and Vagas.com.br, a top-three site by traffic, have all teamed up with Google to display their listings. Other sites and recruiters providing listings include BNE, Gigajob, Page Personnel, Randstad, ABB Group, among others.

A broad search for a sales position all over Brazil didn’t return any listings from Catho, one of the leading recruitment sites in Brazil, which is owned by Seek Ltd. of Australia.

It’s unclear which majors in Latin America will join Google, but the move has the impact to interfere with Indeed’s growth plans as an aggregator in the region.

“Last year we announced a new experience in Google Search to help job seekers find employment opportunities in the U.S.,” Google spokesperson Elisa Pasculli (LinkedIn profile) told the AIM Group. “On Jan. 30, [we] expanded this search experience to Latin America so now when users in Argentina, Brazil, Chile, Colombia, and Mexico enter a job-seeking query, they can explore, research, and find job posting content from across the web.

“For the Latin America experience we partnered up and we’re working with an ever-growing number of companies from across the spectrum —  specifically in tech, social impact and traditional job aggregators,” she said.

The Google for Jobs search functionality shows users positions near their location. It displays listings in a “card” interface, with information like the category or industry segment the ad relates to, location, and who’s employing.

As it does on the U.S. site, Google displays the information on Google itself. When the user applies for a position, he or she leaves the Google site and is taken to the affiliate or corporate site where the listing was originally posted.