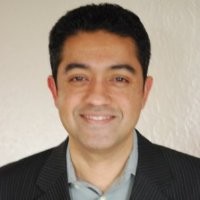 Gadhvi (LinkedIn profile) comes with more than 15 years of marketing experience. Before joining the company, he worked as the chief marketing officer for estate marketplace Everything but the House; where he was instrumental in building the company’s marketing infrastructure and systems.  He’s held similar positions at Ticketmaster and Starving Students Movers Inc.

According to a news statement, Gadhvi will now be responsible for overseeing paid media, customer acquisition, SEO and organic traffic strategy, and data strategy.

Cars.com is one of the United States’ leading auto verticals. The site saw an average of 23.8 million monthly visitors between Dec. 2017 and Feb. 2018, according to SimilarWeb. In comparison, Autotrader.com saw 30.9 million monthly users during the same period.