Elisa Chamorro (LinkedIn profile), founder and CEO of Spanish second-hand marketplace Wallyboo.com was one of three winners of Airbnb‘s #Womenup award. This was the first edition of the women in technology award, a partnership between Airbnb and co-working and training space Impact Hub Madrid. 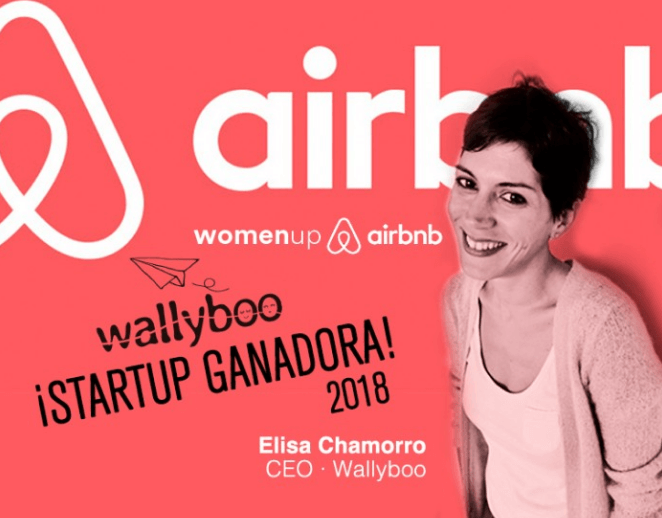 Wallyboo focuses on baby and childcare products, but unlike its competitors, the site also offers rental options. Chamorro was inspired to create Wallyboo while planning a family holiday with her small children.

She came up with the idea for a rental site where parents could hire things like strollers and safety seats, which “plenty of families have gathering dust”, instead of having to purchase them new. Chamorro partnered with creative director Merche Sole to launch the site in 2016.

Though originally intended as rental-only, they decided to add a sale option, to meet the needs of the widest audience. Wallyboo earns a commission on each rental or sale, ensuring the site generated income from the beginning.

Chamorro was one of 40 female entrepreneurs invited to the first edition of the #Womenup awards. She was one of three winners who each received a cash prize plus a scholarship for a training course at the Founder Institute Madrid.

Airbnb presumably hopes that co-sponsoring this award will increase its popularity and influence in a country that has, at a governmental level, proved resistant to its charms. The vacation rental platform has faced numerous legal challenges and fines in Spain. Residents of tourist hot spots like Ibiza and Barcelona accuse it of facilitating illegal rentals that drive up the cost of housing for locals.

Taking a leadership role in promoting the digital economy and in women in technology is good public relations for Airbnb and a no doubt an appreciated boost for the winners and nominees of the #Womenup awards.