Monster Worldwide will soon have a new CEO. 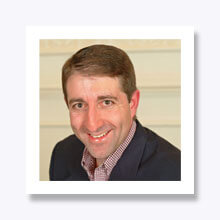 Gutz will be the company’s fourth CEO in less than five years, following Stoever; Tim Yates (November 2014-November 2016) — who presided over the $429 million sale of the company to Randstad Holding nv, a Dutch human resources and staffing company — and Sal Iannuzzi (2007-2014), who ran the company into the ground.

Gutz, who will be based at Monster’s offices in Weston, Mass., acknowledged Monster Worldwide has faced problems.

“It’s clear that Monster has a unique opportunity to return to its position as industry leader,” he said in the company’s news release. “I’m honored to join a team that is poised to shake up the industry once again by delivering quantifiable value for job-seekers and employers.”

Randstad Digital Ventures CEO Chris Kibarian (LinkedIn profile) said the company is “making significant progress in its efforts to transform the job-search experience — work that has been led by an almost entirely new executive team.”

Gutz has a bachelor’s degree from Babson College, a school focused on entrepreneurship, and an MBA from the Massachusetts Institute of Technology Sloan Fellows Program in Innovation and Global Leadership