Brazilian startup QuintoAndar, which focuses on the residential rental market of Brazil, has raised R$250 million ($64.2 million U.S.) in a Series C investment round led by global growth equity firm General Atlantic. The round places the si 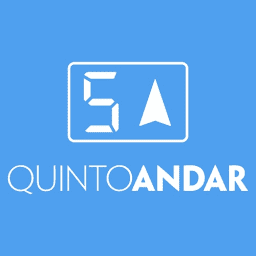 The new funding is earmarked for QuintoAndar’s aggressive expansion plans and to consolidate its market leadership in residential rentals in Brazil. It plans to form long-term partnerships with other real estate companies in the region.

The company previously raised $12.6 million U.S. in its Series B investment round in 2016.

QuintoAndar’s platform aims to simplify and speed up the residential rental process in Brazil. It allows tenants to browse high quality listings, book visits and close the deal effortlessly, doing away with unnecessary red-tape like guarantor requirements.

It also eliminated the need for tenants to foot the cost of security deposits. Prior to QuintoAndar entering the market, deposits were not returned to the tenant and were usually mandatory for residential rentals in Brazil. Transactions closed on the platform come with rental insurance and QuintoAndar processes all recurring payments.

QuintoAndar began operating in São Paulo in 2015 and expanded to Rio de Janeiro in 2018. In October 2018, the platform logged an average of two property visits per minute scheduled on their inventory, a 300 percent year-over-year increase.

QuintoAndar co-founder and CEO Gabriel Braga (Linkedin profile) commented, “We are changing the way people live, with less red tape and much more flexibility, adapting their homes to their lifestyles. This is the beginning of a bigger transformation that will impact the way cities are designed.”

This new capital injection will enable QuintoAndar to consolidate its already-existing operations in Belo Horizonte, Brasília and Goiânia. It will also start new operations in Porto Alegre and Curitiba.

The investment will also be used to create a partnership system with the country’s main real estate agencies. They will be able to use the platform to offer QuintoAndar’s renting experience to clients, both landlords and tenants.

“We are just on the cusp of major change in the rental market process in Brazil, and the QuintoAndar management team has the passion and talent to lead those changes,” Martin Escobari (LinkedIn profile) managing director and head of Latin America for General Atlantic said. “We are fully committed with the long-term vision of the company and very excited to support its future growth.”

News of this funding follows hot on the heels of General Atlantic’s $120 million U.S. investment, announced yesterday, in Property Finder, one of the leading real estate websites in the UAE.

The U.S. private equity firm has a long, and global track record of partnering with leading, high-growth businesses. The firm has approximately $28 billion U.S. in assets under management as of June 2018, and focuses on investments across the consumer, financial services, healthcare, and technology sectors.

They have invested in digital marketplaces Airbnb and Uber; real estate tech companies like OpenDoor, Hemnet and Ziroom; and digital companies in Brazil including Arco Educação, XP Investimentos, and Gympass.