Recruitment site JobAndTalent.com has shared details about its technology platform. The company began life as a matching engine connecting candidates to jobs and, after several pivots, is now a digital employment agency.

While details about the technology framework are likely only interesting (and comprehensible) to engineers, the lengthy blog post is of general interest for its glimpse into the workings of a large combined mobile and web brand.

Chief technology officer Sergio Espeja (LinkedIn profile) wrote about how the company uses a blend of proprietary and third-party systems.

Espeja said the platform has three audiences, who have access to its distinct tech tools. Employees use landings and a mobile app; employers use landings, a workforce web app, and an API; and internal staff use admins, a farming tool and scheduler web apps. 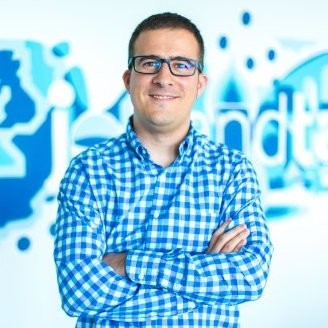 The complexity of multiple platforms and audiences requires a broad range of programming languages and frameworks, including Javascript and React, HTML5 and Less CSS, Kotlin, Swift, Ruby on Rails, and Ruby.

“We’re continuously researching, prototyping and trying new and interesting tools to add to our toolbelt when they are production-ready and can really improve our delivered solutions,” Espeja wrote.

The platform itself lives in an Amazon Web Services cloud, with data handled by Amazon Redshift and Amazon Database Migration Service. JobAndTalent also uses a variety of security and management tools from Amazon and other third-party providers.

Co-founder and co-CEO Juan Urdiales told Economia Digital that the company is profitable in five of its seven territories: Spain, Colombia, the U.K., Mexico, and Germany. It recently launched in Sweden and France.