Bill Warren, who launched the world’s first online job board 27 years ago, has died. He was 77. He is often called — rightly — “the father of the online recruitment industry.”

His death was announced by DirectEmployers Association, which Warren also founded. 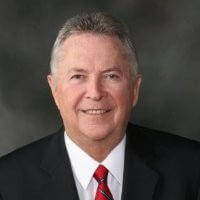 “It is nearly impossible for me to put into words just how much Bill’s work transformed the human resources industry for the better,” DEA executive director Candee Chambers said in the announcement. “He was a fantastic mentor to many, friend to anyone, community supporter, philanthropist, entrepreneur and more. …

“The HR industry has truly lost one of its greatest minds this week.”

In 1992, Warren launched the first online job board — OCC.com, which stood for Online Career Center. It predated TheMonsterBoard.com, launched by recruitment and yellow-pages marketing company TMP, which became the second online job board. TMP bought OCC, merged it with TheMonsterBoard, and renamed it Monster.com. (Even today, if you go to OCC.com, you’re directed to Monster.com.)

Warren became president of Monster.com in 1998, but left in 2000 and got into a legal battle with Monster and TMP the next year when he started a competing recruitment organization. Monster accused him and 18 former Monster employees of taking data belonging to Monster, misappropriating trade secrets and other wrongdoing. (We tried to find the outcome of the lawsuit today but could not; we believe it was settled.)

When he launched it, Warren’s organization was known as WOWEmployers. It later evolved into the DirectEmployers Association, a not-for-profit company that works with employers on a wide range of recruitment issues, most notably compliance with OFCCP, the U.S. government Office of Federal Contract Compliance Programs, a thicket of regulations affecting almost any employer in the U.S. with 50 employees or more.

For a while, DirectEmployers oversaw the development of the dot-jobs top-level domain initiative. It languished for several years before it became a more active way for employers to list their jobs.

Warren retired from DirectEmployers Association in 2016 after 15 years as its head.

Earlier in his career, Warren was a human resources VP with Rockwell International.

A U.S. Army veteran, Warren was born in on Dec. 7, 1941, the day of the Japanese attack on Pearl Harbor. He lived in Indianapolis. His funeral was set for Sept. 4.