‘Alexa: Find me a job at McDonald’s!’

McDonald’s is taking job applications through the Alexa and Google Assistant voice tools, a technological first, the company said.

McDonald’s officially launched the new function this week in the U.S. and eight other countries and plans to roll it out globally in the coming months.

The new app, called “Apply Thru,” works through the voice-recognition tools of Amazon’s Alexa and Google’s browser. To initiate a job application, a job-seeker exhorts their device: ”Alexa, help me find a job at McDonald’s” (or “Ok Google, talk to McDonald’s Apply Thru”). The app responds with questions about the user’s basic details, like name, location and job area of interest. After that, it sends the applicant a text with a link to continue the application. 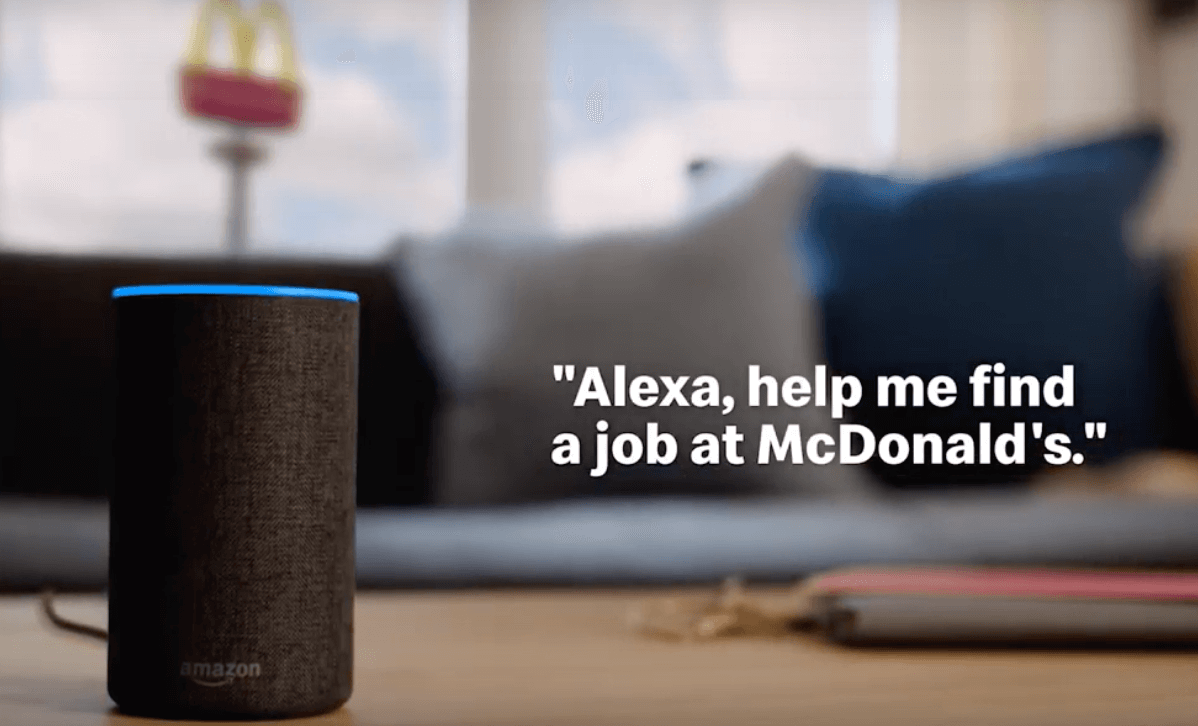 According to McDonald’s, it’s the first voice-activated applications system ever.

An AIM Group test in Portland, Oregon, was unsuccessful: “McDonald’s is not supported in your area,” Google Assistant replied. But near Orlando, Fla., Alexa said “Welcome to McDonald’s Apply Thru” and added that in order to apply, we would have to supply a first name and phone number. “Do you agree?”

McDonald’s said the service is available in the U.S., Australia, Canada, France, Germany, Ireland, Italy, Spain, and the U.K.

“We must continue to innovate and think of creative, and in this case, groundbreaking ways to meet potential job seekers on devices they are already using, like Alexa,” McDonald’s EVP and chief people officer David Fairhurst said.

McDonald’s has 1.9 million employees worldwide, 93% of whom work at independently owned franchises.