The marketplace is currently using a nationwide network of retailers, including 7-Eleven Japan, Lawson and FamilyMart, to distribute the materials. 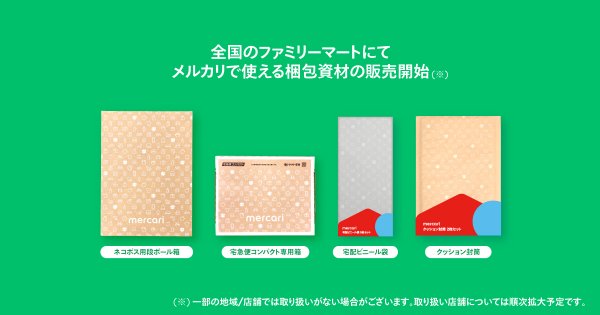 These locations can also be used by the sellers to deliver the products for onward shipping. A delivery bag can cost up to Y140 ($1.30 U.S.).

According to Mercari, difficulty packing and shipping was the most common reason that customers choose not to sell on the site.

To solve users’ issues, the company has implemented the new marketing strategy and now offers an option to drop a parcel at any one of the designated stores for further delivery.

The Japanese unicorn has provided last-mile delivery services in collaboration with local courier services for the past couple of years.

Mercari launched in 2013 and, since then, has consistently outperformed its Japanese competitors, which include Yahoo Auctions, Jmty.jp and Rakuma.

In Japan, Mercari has a stable earnings base, but needs capital for its expansion into the U.S. The marketplace’s consolidated losses almost doubled to Y13.7 billion for this past fiscal year.