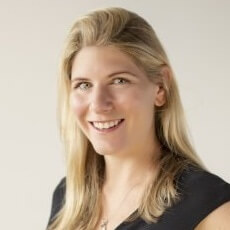 Lauren Williams, the former CEO of CarsGuide, has joined the board of Australia-based car subscription service CarBar as a non-executive director.

Williams (LinkedIn profile) was CEO of CarsGuide for five years, while it was still owned by News Corp. and a consortium of Australian dealer groups. During that time, she guided CarsGuide’s expansion from a small business unit within News Corp. to the clear No. 2 autos classified site in the market.

She also oversaw News Corp.’s sale of its stake in CarsGuide to U.S.-based Cox Automotive in 2016. She stepped down as CEO of CarsGuide in 2018.

CarBar CEO and co-founder Des Hang said Williams’ appointment is crucial to the CarBar’s continued development and expansion throughout Australia.

“Lauren’s expertise and guidance will prove crucial for CarBar as we continue to expand across Australia,” he said in a statement. “With Lauren’s help we’ll be looking to engage more stakeholders in the auto industry and educate them on the power of the subscription model.”

In particular, the startup has been targeting the business market, aiming to get companies to replace their corporate car leases with the CarBar service.

“With the backing of IAG and their platform,” Williams said, “CarBar is well-positioned to be the market leader in alternatives to car ownership and support dealers and manufacturers on the journey.”