OLX-Brazil, the 50/50 joint venture between Adevinta and Prosus, is now offering small loans to its consumers.

The No. 1 horizontal in Brazil, which recently launched other payment and delivery products, teamed up with fintech EasyCrédito to offer up to four-year loans.

EasyCrédito describes itself as a loan aggregator that searches for loans at different banking institutions.

OLX-Brazil users can quote loans to pay from three months up to four years, according to data displayed on the site.

The total loan costs, known in Brazil as effective cost (CET), may vary between 1.93% per month to 17.9% per month, depending on the length and amount borrowed.

E-commerce and classifieds site MercadoLibre, known in Brazil as MercadoLivre, has already been offering payments and loans for quite some time. MercadoLibre’s MercadoPago fintech business has reached 52 million users in Q2 this year, a 64% year-over-year increase.

Around 55 million people in Brazil are unbanked, and both OLX-Brazil and MercadoLivre are competing to bring them on board. 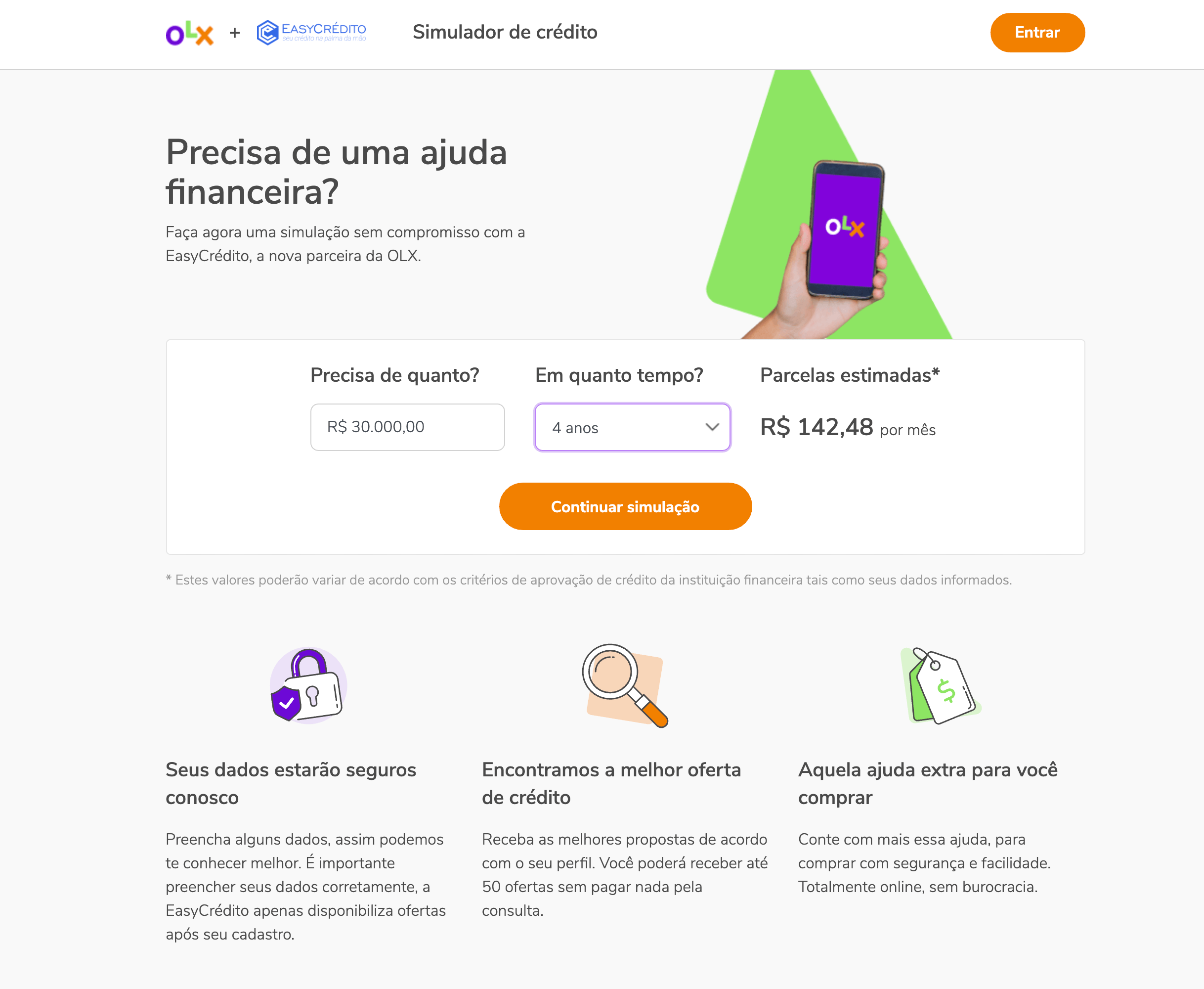