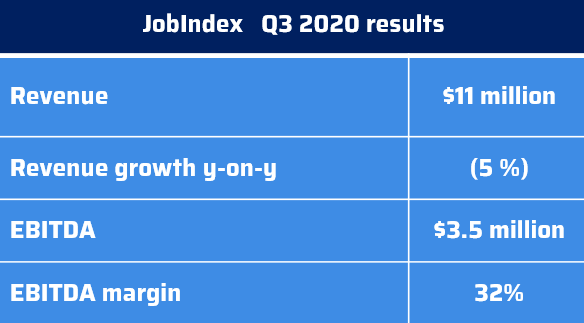 “It is a surprise that the number of job ads is so high,” said Kaare Danielsen, JobIndex’s CEO and majority owner. “October offered the highest number of job ads in a single month since the financial crisis, and most job categories are above last year’s.”

Revenue was still down in Q3, however. The company posted revenues of DKK 69 million, down 5% year-on-year. But Danielsen said the job market was stronger last quarter than expected, more than exceeding pre-Covid levels.

After its decision in August to lay off nearly two dozen employees, the company is now restarting hiring.

“We have already started to recruit,” Danielsen told the AIM Group. “We have offered full-time positions to some of our student workers and have hired some new student workers to replace them. We have also asked some of the people who were forced to leave, but they have already found other jobs.”