Reigersman (LinkedIn profile), who is based in TrueCar’s home base of Santa Monica, Calif., will report directly to president and CEO Mike Darrow.

Reigersman most recently held the CFO role at the Leaf Group, a publicly-traded media company that produces online content with high advertising potential. Originally called Demand Media, Leaf owns eHow, Livestrong.com and other how-to sites, as well as niche marketplaces for original art such as SaatchiArt.com and Society6.com. 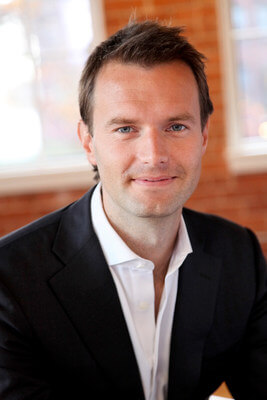 “I could not be more thrilled to welcome Jantoon to the TrueCar executive team,” Darrow wrote in the hiring  announcement. “As a proven financial leader within technology-driven organizations and public companies, Jantoon will play a key role in aligning our business and financial strategies to unlock TrueCar’s next chapter of growth and profitability.”

Reigersman replaces Noel Watson, who resigned from TrueCar last November and has since joined LegalZoom as its CFO.

Reigersman takes up the job after a rocky year for TrueCar. In February, it reported losing a key car-sales partner, USAA, and in May laid off 30% of its staff. During Q3 —the company’s last reported quarter — TrueCar posted a 10% decline in revenue, markedly worse than the single-digit, pandemic-related declines at publicly traded competitors CarGurus and Cars.com.

However, TrueCar states that it is well capitalized, helped by its $135 million sale of ALG to J.D. Power in November. The company adds that it is “built on a state-of-the-art technology stack that can support rapid innovation across the consumer and dealer experiences.”

Prior to Reigersman’s time with the Leaf Group, he served as CFO of Ogin Inc., a private-equity backed clean technology company acquired by Vestas Wind Systems in 2017. Prior to that he worked in investment banking at both Morgan Stanley and Goldman Sachs. He has a masters in international management from the HEC School of Management in Paris, and has also completed a general management program at Harvard.