ALTAMONTE SPRINGS, Florida — Revenue at Craigslist, once the worldwide powerhouse of classified advertising, dropped 26% last year and almost 50% during the past two years, a new AIM Group report shows.

Traffic at the website, still one of the top 25 U.S. websites overall, continued a five-year slide and is only about 40% of what it was in 2017.

“Craigslist was the king of classifieds, but the shine is off its crown,” said AIM Group founding principal Peter M. Zollman. “The company still does 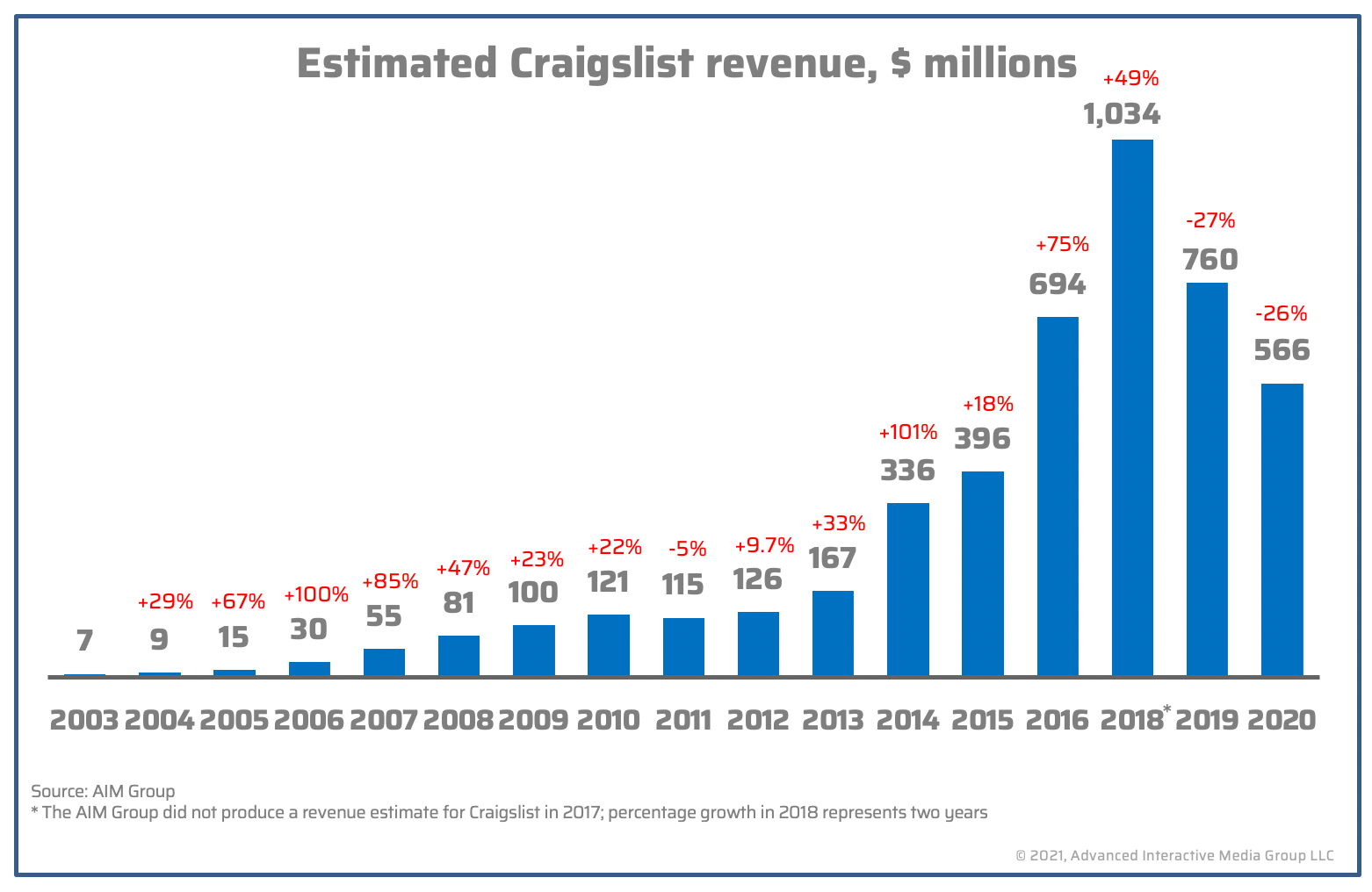 fabulously well, but to lose nearly half of your revenue in just two years is a major blow.”

The AIM Group projected 2020 revenue of $565 million for the 26-year-old website. That’s down from more than $1 billion two years ago. In 2003, when the AIM Group first estimated Craigslist’s revenue, it was just $7 million. The company — widely believed, incorrectly, to be a “free-ad, non-profit” site — has added fees in a number of markets and categories since then.

While some of the drop in 2020 may have been caused by Covid-19, it began well before the pandemic started. Revenue declined in 2020 in almost every ad category except “gigs.” Job ads took the biggest hit, down 32%; auto ads were down 22%.

“When people aren’t hiring, job ads decline,” said Zollman. “But the issue is much bigger at Craigslist. Traffic’s down, revenue’s down, and advertisers are finding better, more targeted sites and apps to use for apartments, cars, jobs and other categories.” 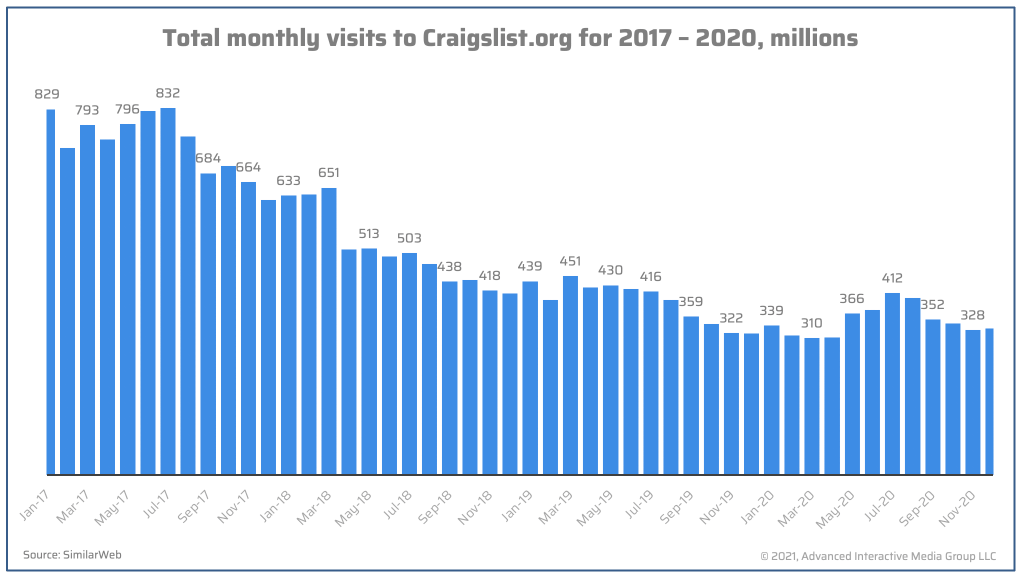 marketplaces like AirBnB, VRBO and JamesEdition have eaten away at Craigslist — especially since it dropped personals and its ‘adult services,’” Zollman said.

The research is part of a 40-page special edition of AIM Group Marketplaces Report, available for $595 at AIMGroup.com. The report includes six charts about Craigslist revenue and traffic, and one about OfferUp downloads. Purchasers and AIM Group clients can also receive complete city-by-city spreadsheets of estimated 2018, 2019 and 2020 revenue.

Note to editors: Free copies are available for coverage by emailing  info@aimgroup.com. Zollman is available at peterz@aimgroup.com, 1-321-356-3182.

The AIM Group provides global business intelligence — news and analysis, conferences and consulting — for automotive, real estate, recruitment and horizontal marketplaces and classified advertising sites. It works at senior levels with marketplace companies, investors and vendors, advising on strategic and operational opportunities and challenges. The AIM Group is a global team of more than 30 experts who understand the marketplace and classified advertising industry better than anyone else. We publish AIM Group Marketplaces Report and run leading conferences for recruitment, automotive, and online marketplaces. Founded in 1998, the AIM Group is based in Florida and Munich, Germany. For more information visit AIMGroup.com.