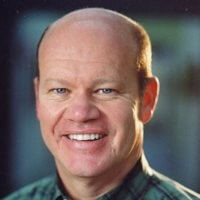 Inman retained a stake in the company and will stay involved in the Inman community, both companies announced today. Terms of the deal were not disclosed. Inman (the company) started 25 years ago at Brad Inman’s kitchen table, and has grown to hold at least three in-person conferences a year (absent the pandemic), a number of virtual conferences, and provide several email newsletters, both paid and free.

“We found a partner whose values and priorities closely align with our own,” Brad Inman said. “It was time to worry less about it and let someone else do that.”

Brad Inman has served as the face of the company, opening all of its conferences, presenting industry trend information and moderating keynote interviews; writing occasional columns that went to the heart of the residential real estate industry, and taking stands on key issues that were sometimes controversial but always trenchant.

In addition to Inman, Brad Inman is co-founder with his son of ClimateCheck, a search engine that rates climate risk for property. Previously he founded HomeGain.com; TurnHere, an internet video production and distribution venture; Vook, an e-book company. He was the first investor in the real estate website Curbed and served as its chairman, and was on the Microsoft team that launched HomeAdvisor in 1968.