The rise in operating losses was powered by a change in the company’s growth strategy which saw it spend $17.1 million on sales and advertising investments following Jumia’s decision to focus on its third-party marketplace and low-priced day-to-day products. 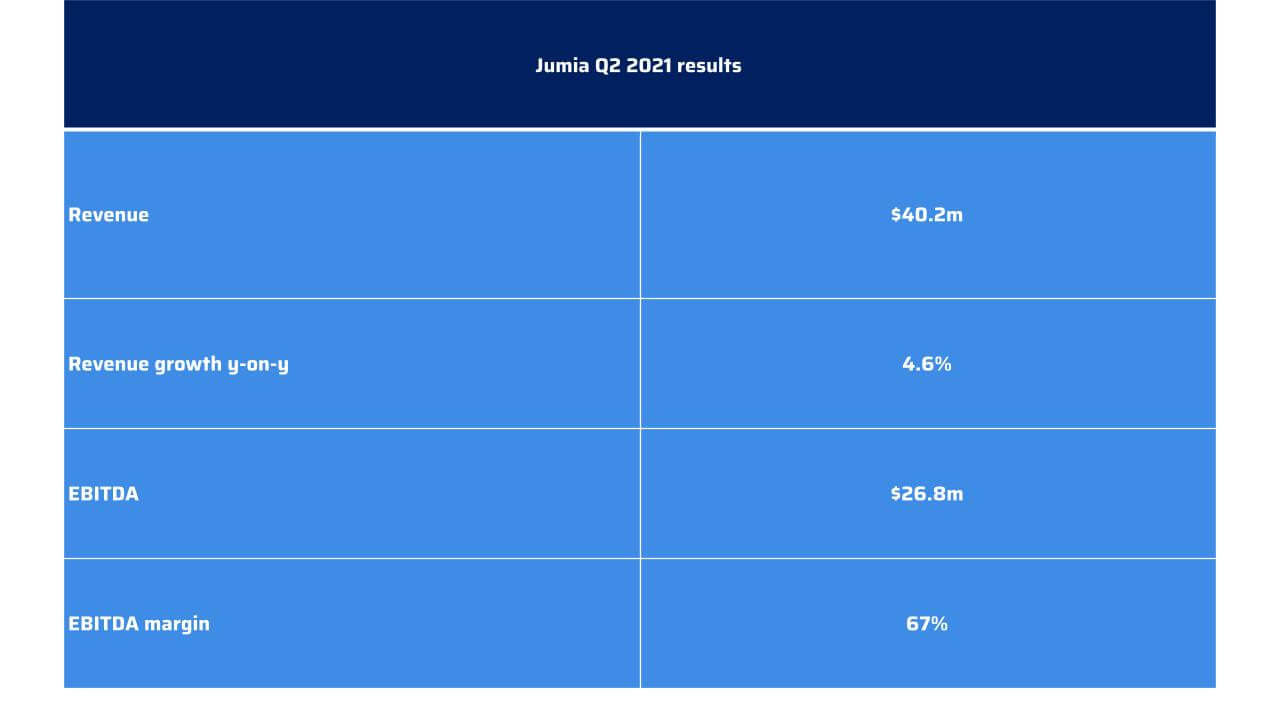 According to the co-CEOs of Jumia, Jeremy Hodara and Sacha Poignonnec, the strategy has begun yielding results though the substantial effect would be more evident in the long run.

“While we start to see early signs of usage acceleration, these investments are long term in nature and we expect them to pay out over time, as we continue to execute on our strategy,” the co-CEOs said.

The marketplace’s gross profit after fulfilment expenses have continued the positive trend of the last six quarters. The profit was up 16.3% from $6.6 million to $7.7 million year on year and also up from the $7.5 million recorded in Q1 2021.

Despite losses and the decision to further increase sales and advertising investments, Jumia’s shares rose by 3.38% to $21.99 per share with a market cap of $2.168 billion following its 2021 Q2 earnings report.