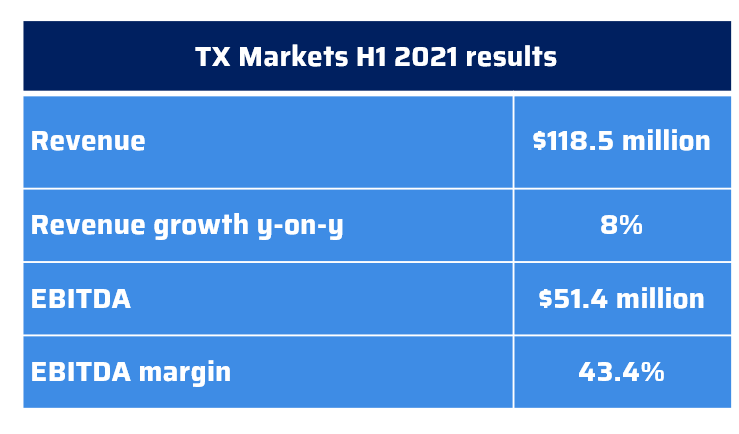 TX Markets, the marketplaces division of Swiss media company TX Group, saw revenue increase by almost 8% to CHF 108.4 million ($118.5 million U.S.) in the first half of 2021. The group attributed this to the recovery of the Swiss job market and better economic conditions.

In a statement released on Tuesday, the company said that TX Markets proved to be resilient in the period under review.

“Our marketplaces and platforms performed well too in the first half of 2021. JobCloud benefited from the improvement in the job market, while Ricardo and Tutti from the ongoing trend towards sustainability. I feel confident about the second half of 2021,“ said Pietro Supino, chairman and publisher of TX Group.

JobCloud saw continued growth, reporting a 7% increase in the number of listed jobs each month. Marketplace Ricardo also recorded an increase of private user transactions a month while Tutti featured more than 2.3 million listed objects – an increase of 14% compared to a year ago.

The number of properties listed on Homegate – which recently acquired real estate portal Acheter-Louer.ch – fell from 100,000 in the previous year to 93,000 in the reporting period, seeing a 7% decrease.