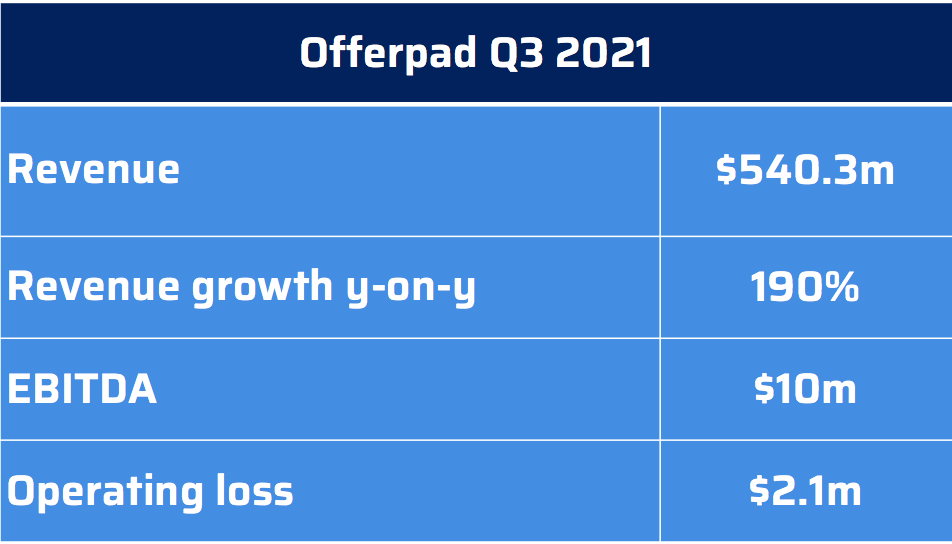 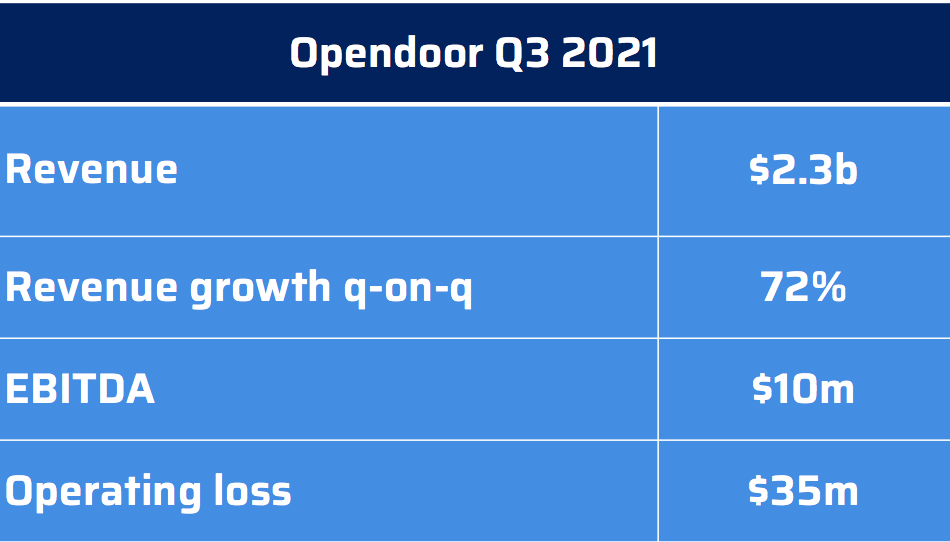 Zillow may be retiring from the IBuying business, but things are going well at Opendoor and Offerpad, the two major remaining IBuyers in the United States.  Reporting Q3 results separately Wednesday after the markets closed, both said revenues and home sales were up significantly during the quarter.

Of course, revenues and home sales should have been up significantly from Q3 in 2020, since that was the height of the pandemic in the U.S., but still, the numbers were impressive.

CEO and co-founder Eric Wu said the company bought 15,181 homes during the quarter. He said he is often asked whether the company’s vision and strategy have changed. “The short answer is no…In our view, the end state for the real estate marketplace will inevitably be a simple, certain and fast transaction powered by technology. It is just a matter of when.”

Offerpad raised its guidance slightly for the remainder of the year, saying it expected to sell slightly more houses than originally estimated, and reduced its adjusted EBITDA for the year to breakeven to $10 million in positive EBITDA.

CEO Brian Bair said the company continued its “path to sustained long-term profitably,” and took a shot at Zillow, which said volatility in home prices forced it out of the IBuying market.

“I’m very proud that from the time we launched Offerpad in 2015 through the first half of this year, we’ve achieved a less-than-1% variance between our aggregate estimated and actual sales prices,” Bair said.

Offerpad expanded with four new market launches in the midwestern U.S. during Q3.

Both companies showed share-price declines during general market trading during the day prior to reporting results; both went up in after-market trading once their results were released.