Hot on the heels of Nextdoor’s IPO, the company formerly known as Facebook (Meta) has announced the widespread U.S. rollout of its new Neighborhoods feature. The launch will bring Neighborhoods to 132 cities after a trial run in Canada and four metros in the U.S.

Neighborhoods is a section of the Facebook app focused on a user’s immediate community. To join, a user needs to confirm their neighborhood of residence, and create a separate profile with name, cover photo and name of neighborhood. 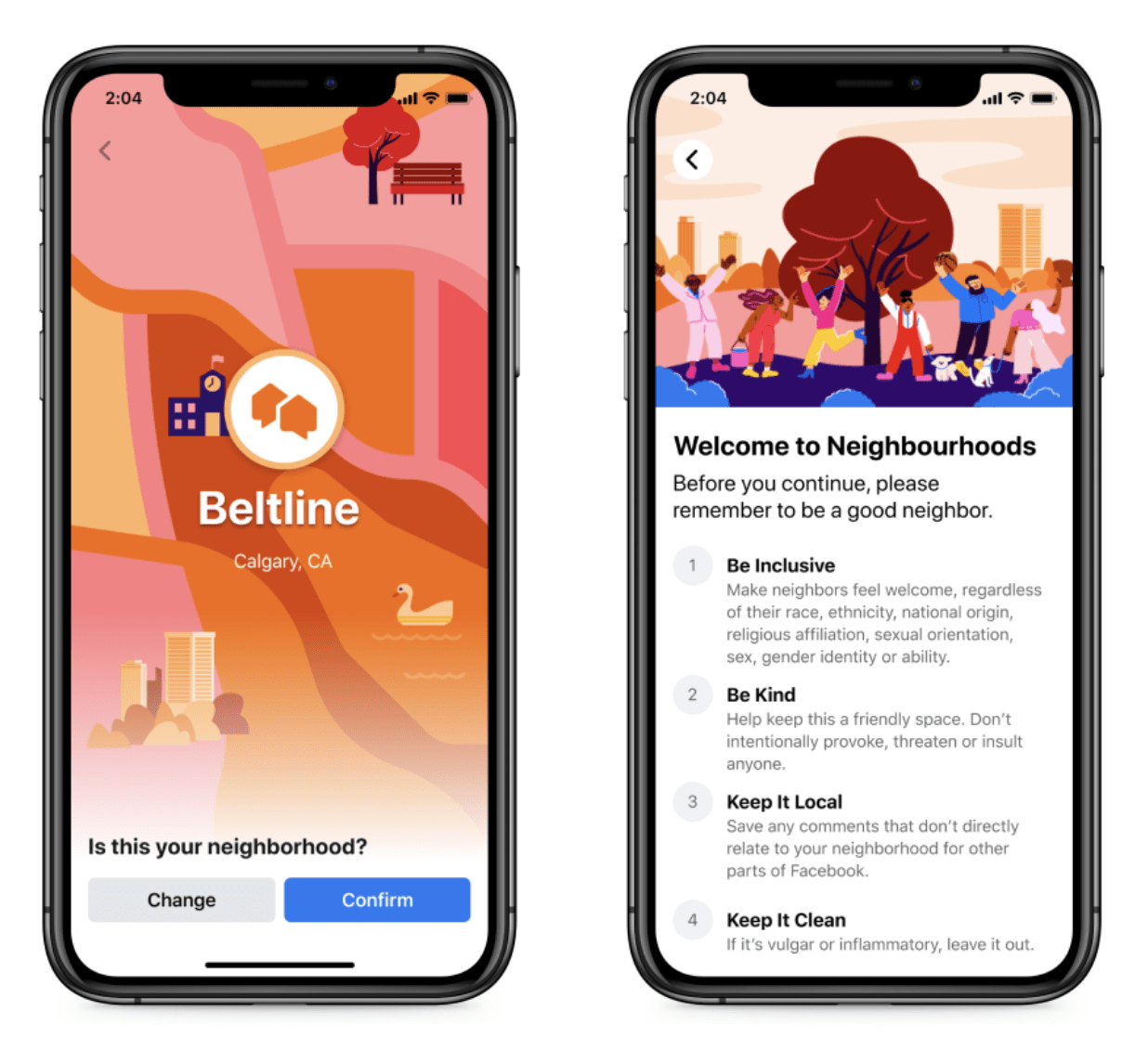 Neighborhoods replicates many features of Nextdoor, which this month staged a successful IPO and made its first public earnings report. (The company posted revenue of $52.7 million in Q3, up 66% year over year, and a net loss of $19 million.)

Nextdoor has built an ad business based on consumer demand for goods and services that are available nearby. The company offers locally targeted marketing products that appeal to small businesses and local real estate agents as well as national brands. 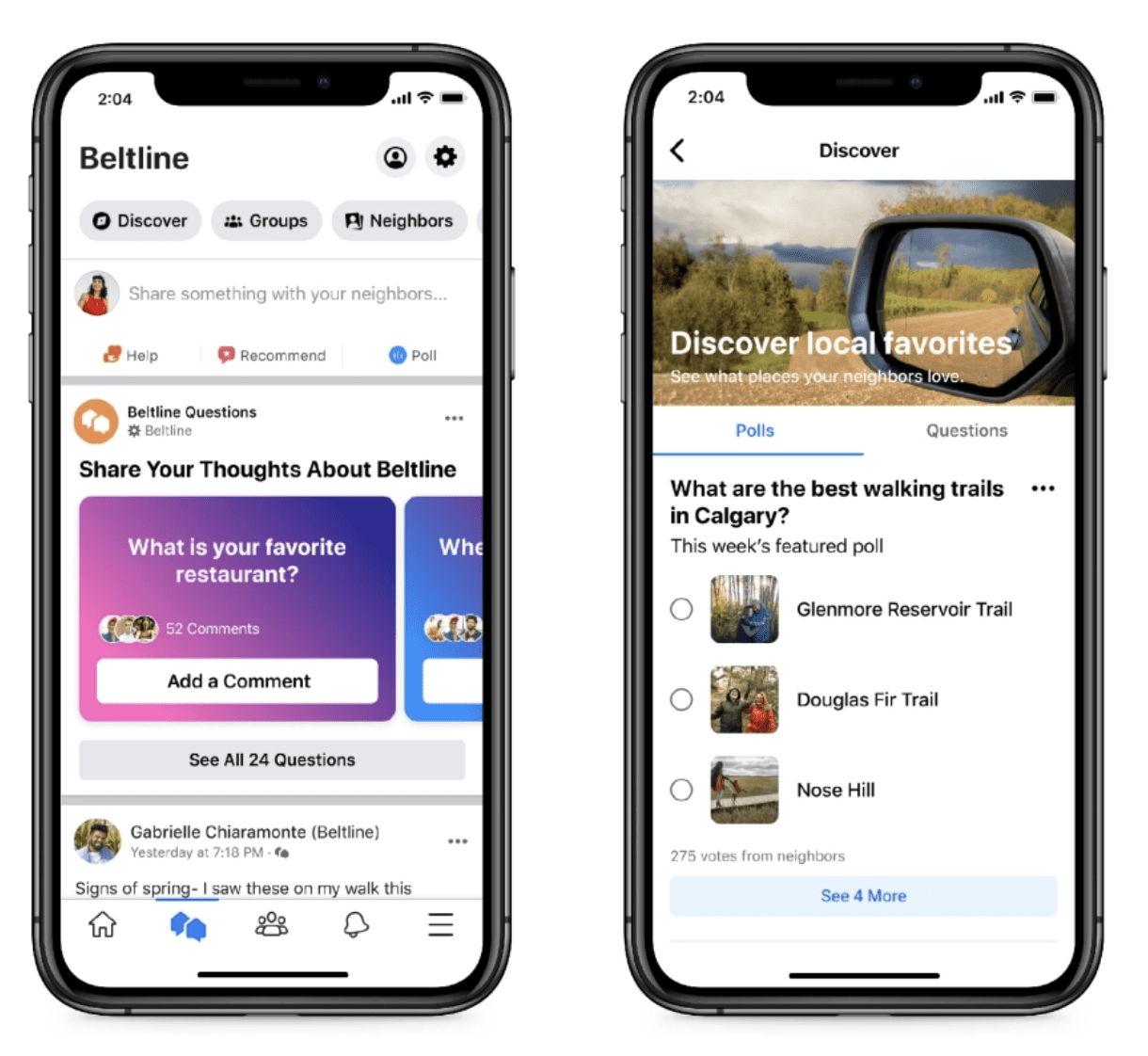 When Neighborhoods debuted in four pilot U.S. cities this summer, Nextdoor CEO Sarah Friar put on a brave face for Reuters. “It doesn’t really mean anything,” she said.  “From a broader perspective it certainly, I think, proves our point that local has never mattered more.”

Facebook’s power as an ad vehicle has taken hits in recent months. The rollout of the new iPhone operating system includes privacy features that diminish Facebook’s ability to target ads at individual consumers. Meanwhile, public concerns about diversity and equity have pressured the company to stop ad retargeting based on race, religion, sexual orientation, health causes and political beliefs.

Neighborhoods could give Facebook a different, less politically fraught way to hone in on specific consumer markets.

Facebook’s announcement about the Neighborhoods rollout was included in a feel-good message about ways Facebook is promoting charitable giving over the holidays.