In early December, Poland-based recruitment marketplace business Grupa Pracuj listed on the Warsaw Stock Exchange. The company raised $275 million U.S. at a valuation of $1.2 billion U.S. The decision to list locally perhaps demonstrates the relatively low profile of the business, but it has a strong opportunity for growth considering its leading position in two large Eastern European emerging markets.

The company’s future growth strategy is concentrated on diversifying its current reliance on listing revenue, building new products through m-and-a and venture investments, and developing niche recruitment services in areas like IT, as laid out by its Polish-language IPO prospectus.

Grupa Pracuj’s shares opened trading at PLN74 ($18.1 U.S.). In the book-building process, Grupa Pracuj sold over 15 million shares, representing 22.2% of all existing shares of the company. After completion of the offering, Przemysław Gacek, the Grupa Pracuj CEO and co-founder, directly and indirectly through Frascati Investments, remained the majority shareholder of the company, with a stake in the share capital of 53%. Other significant shareholders include investment group TCV Luxco Perogie and co-founder Maciej Noga.

Since the float, Grupa Pracuj shares have remained largely flat, settling at around PLN67 a share by mid-December.

The Grupa Pracuj business is split into three primary divisions:

The company has also been investing in HR and education-related startups through its Pracuj Ventures entity since May 2019. Pracuj Ventures acquires minority shares in startups that already have clients and co-finances them with amounts ranging from PLN500,000 ($128,363 U.S.) up to PLN2 million ($513,484 U.S.) each. All projects supported by Pracuj Ventures are complementary to the operations of Grupa Pracuj.

The fund has acquired a stake in the following startups:

Gacek is bullish on the company’s strong management structure and its proven track record of innovation and diversification.

“Our reputation among clients from several dozen countries around the world and recognition among job-seekers make us a regional leader. We have ambitious plans to use the know-how and skills built over two decades to expand the offer of Grupa Pracuj,” he said when announcing the company’s IPO. 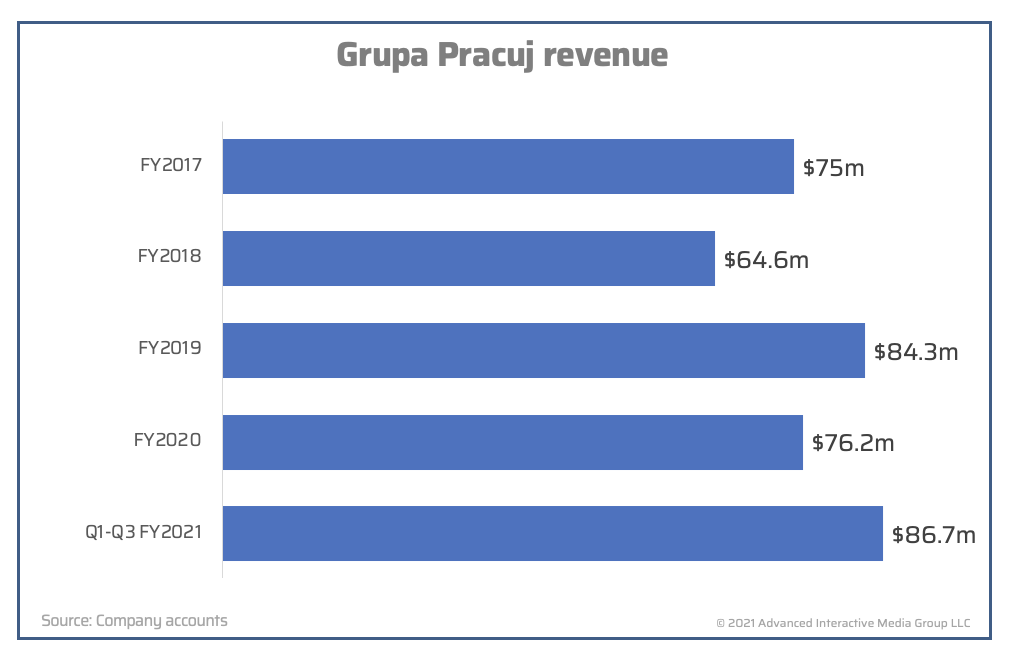 Some 86.6% of total Pracuj Group revenue came from job listings in 2020, while Pracuj.pl represents around 80% of total group revenue. It’s a business driven largely by the company’s leading recruitment vertical in Poland, which remains highly dependent on listings revenue. Rabota.ua brought in around 12% of total revenue in 2020 and ERecruiter contributed 8%.

In 2020, Grupa Pracuj’s recruitment sites were used on average by 6.8 million users per month, including 3.1 million in Poland and 3.7 million in Ukraine.

The Pracuj business is reminiscent of HeadHunter Group in Russia, another publicly listed recruitment business in a large Eastern European market. Both have built their local dominance through the white-collar segment, particularly in IT and finance jobs. And both have chased innovation and diversification through the acquisitions of small, local recruitment businesses.

However, the primary differentiator between the two businesses is the level of competition. Pracuj faces a much more aggressively competitive environment in Poland.

In the white-collar segment, competition has been growing from GoWork (part of the GoWork Group), Praca.pl, GoldenLine.pl, as well as aggregator Jooble and Indeed’s local vertical pl.Indeed.com. LinkedIn also has a loyal following in Poland, though the site is not a direct competitor. Axel Springer-owned StepStone.pl has also been making inroads in the market, albeit at a slow pace.

Most of these rivals have also been making inroads in the blue-collar segment, where Prosus-owned horizontal OLX.pl is especially strong, and where PracazaRogiem.pl, an app owned by Finland-based Alma Media, has been fighting for market share. However, Pracuj has demonstrated little desire to enter the blue-collar market and there is no clear pathway laid out in its IPO prospectus to growing its presence in this area.

Based on PBI / Gemius data, an internet analytics resource that usually delivers greater accuracy in Poland than alternative services such as SimilarWeb, Pracuj.pl is not the market leader by reach or users in Poland, which demonstrates well the scope of competition in the country.

In Ukraine, there is an interesting new dynamic between Pracuj’s Rabota.ua vertical and market leader Work.ua. Since September 2021, the co-owners of Work.u —  Artur Mikhno and Andrii Borovik — have taken a small shareholding in Rabota.ua via holding company Gravity-U. Meanwhile, Pracuj CEO Gacek became a stakeholder in Work Ukraine, the legal entity of Work.ua. The financials in the deal, a share swap or otherwise, remain undisclosed.

The two entities will remain independent but have agreed to collaborate in the market, though to what degree remains unclear.

With such intense competition, how does Pracuj expect to grow revenue and expand the business? In its prospectus, the company lays out three primary paths to growth: 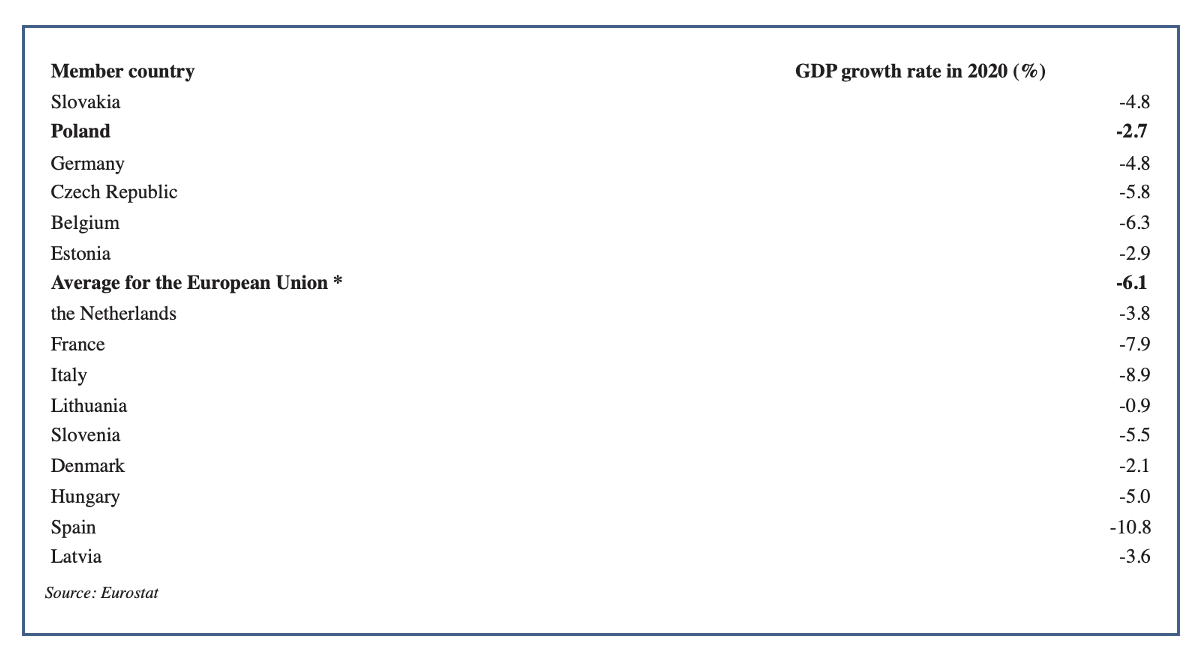