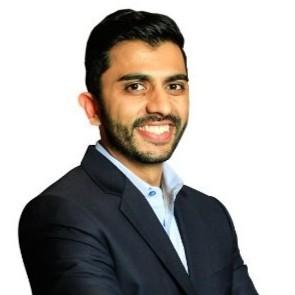 Phadnis takes on a newly created role that consolidates consumer and B2B product development. He replaces former head of consumer product Krista Nordlund, who has moved to the UK retailer Marks and Spencer as chief digital product officer, and David Bell, former head of B2B product, who is exploring unspecified new opportunities, a company spokesperson explained.

Phadnis will lead product development and oversee the renter experience for all three of RentPath’s marketplaces: Rent.com, Apartment Guide, and Rentals.com. He will also lead the continued innovation of RentPath’s data-driven marketing products for apartment owners and operators.

“We are thrilled to have Nishant step into this role, bringing his experience as a dynamic and driven leader on the Rentals.com team and an intellectual curiosity that pushes us to continually innovate,” Jon Ziglar, RentPath CEO, wrote in the promotion announcement.

Since joining RentPath in 2012, Phadnis has contributed to the company’s extensive growth and served in various influential roles including chief of staff to the CEO, director of strategy and corporate development, and finance manager.

RentPath, once the no. 2 rentals platform in the U.S. behind CoStar’s Apartments.com, was acquired last April for $608 million by Redfin. It’s undergone significant leadership churn in the months since: Ziglar, former CEO of parking-payment app ParkMobile, was hired as CEO in July and Sean Barry, former CEO of household digital services broker Bridgevine, was named COO in November.