LinkedIn has launched a podcast network that features shows produced by the LinkedIn News team as well outside business figures. The shows are geared toward a professional audience, and cover topics such as understanding tech, managing mental health and explaining the hiring process, according to EnGadget. 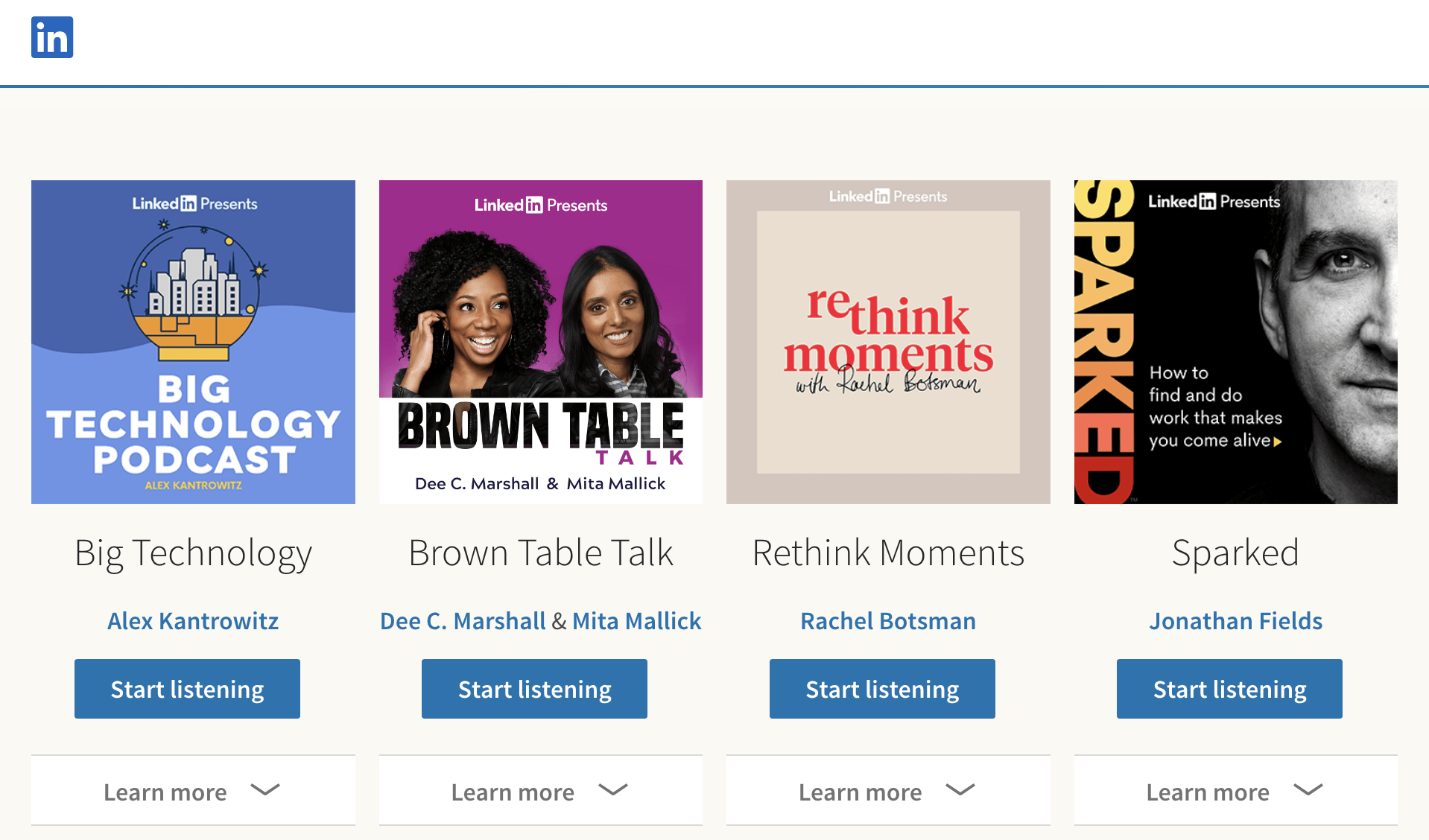 From the LinkedIn Podcast Network

Reid Hoffman, a co-founder and executive chairman of LinkedIn, will co-host a podcast available this spring about entrepreneurship called The Start-Up of You.

The LinkedIn Podcast Network is a pilot and builds on the success of Hello Monday, a podcast produced by LinkedIn News in which host Jessi Hempel  discusses the evolving nature of work.

The podcast network ties into other LinkedIn products, such as newsletters, live events, videos and posts, with the hope that hosts and listeners carry on conversations after they hear the shows.

The feature is ad based, with the landing page this week showing display ads by Verizon and IBM.

At launch the network landing page showed 12 podcasts, four by LinkedIn News and the rest by outside hosts. Members interested in starting their own podcast can express their interest here.

The shows will also be available on Apple Podcasts, Spotify and other podcast platforms.