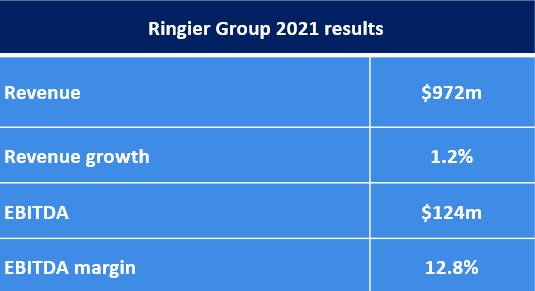 In its annual report, Ringier Group described the figures as “its best result since first starting out on its journey towards becoming a media and technology group 10 years ago.”

The company made over CHF 200 million of investments in its digital products in the media and marketplaces segment in 2021, twice as high as in the previous year.

“With top-line reaching an all-time high, [Switzerland-based] JobCloud proved that it has fully recovered from the effects of the coronavirus crisis, having grown by 6% compared to 2019,” said the company.

In Romania, property platform Imobliare.ro posted a 100% increase in EBITDA compared to 2019, while EJobs.ro saw record increases in revenue and operating profit.

Outside Europe, online marketplace operator Ringier One Africa (ROAM) doubled its revenue in comparison with 2019.

2021 saw marketplace and media company Ringier AG acquire shares in Axel Springer SE in Hungary, Serbia, Slovakia and the Baltic states. The move, in July, which gave the group 100% of the shares in all of these countries (except Slovakia, where the existing co-shareholders have retained minority stakes), aligns with its international growth and investment strategy in the media and digital marketplaces segment.

The group also initiated new activities in Bulgaria, making it “the leading provider in the media and digital marketplaces segment in a total of nine central and eastern European countries.”

In Poland, Axel Springer and Ringier remain joint venture partners with equal shares of 50%. “They will continue to drive the expansion of the media brands and digital marketplaces portfolio, which is characterized by high revenues and EBITDA,” said Ringier.

Ringier and Mobiliar contributed AutoScout24, ImmoScout24 and FinanceScout24 as well as Anibis.ch to the JV, which has 15 platforms in total.

Marc Walder, CEO and managing partner of Ringier AG, said the group would keep investing in its organic and inorganic growth, because it “firmly believe[s] that the digital transformation is not yet over, but in fact is only just getting started.”