Carvana’s experiment posting inventory from other dealers on its retail site is in overdrive. Listings from other dealers now account for more than 13% of the cars made available to retail in the second quarter of 2022, according to an analyst who tracks the company closely.

The data on the U.S.-based digital dealer comes from Jason Hartman, a Twitter user who posts frequently about Carvana. He has an impressive record of accurately predicting the company’s sales numbers.

Hartman, a systems engineer who does industrial analytics as a side project, has built a tool called the Carvana Retail Sales Tracker. Using data scraped from Carvana’s website, he has monitored the site’s third-party listings since the middle of 2020.

Third-party listings grew slowly — from less than 1% of the total cars available for retail purchase at Carvana in Q2 of 2020 to just over 4% at the end of 2021.

But since the beginning of this year, the number has skyrocketed — to more than 13%. 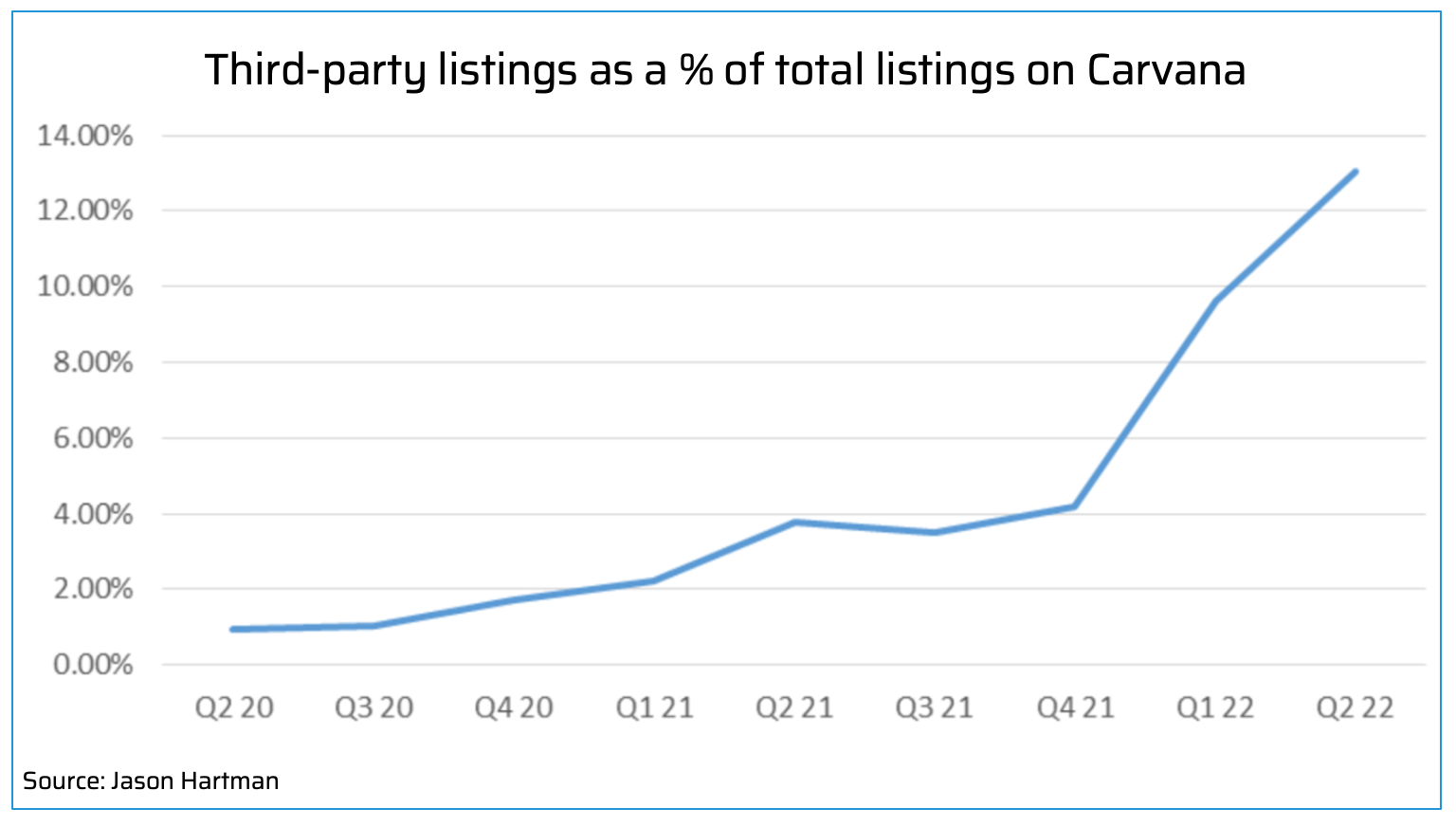 The latest findings show that Carvana’s efforts to build a transactional marketplace of third-party cars from other dealers, a project it started about two years ago, may be shifting from experiment to serious enterprise.

Carvana has not reported on the project’s financial results.

Carvana CEO Ernie Garcia III has rebuffed questions about it from analysts. The company’s last mention of the project was in its Q2 2021 call with analysts. “When we expect that it could materially impact our results, we’ll probably spend more time discussing it,” Garcia said.

The program seems to have turned a corner last August when Carvana announced it had agreed with Hertz to serve as a marketplace for the company’s disposed rental cars. Around the same time, Automotive News reported Carvana was cold-calling car dealerships to participate in the program.

Dealers on the online forum DealerRefresh have reported Carvana solicitations cropping up in their LinkedIn feeds.

Recent events have probably given the Carvana third-party marketplace an additional push. Carvana posted a net loss of $506 million in Q1 this year, more than five times its previous worst loss. 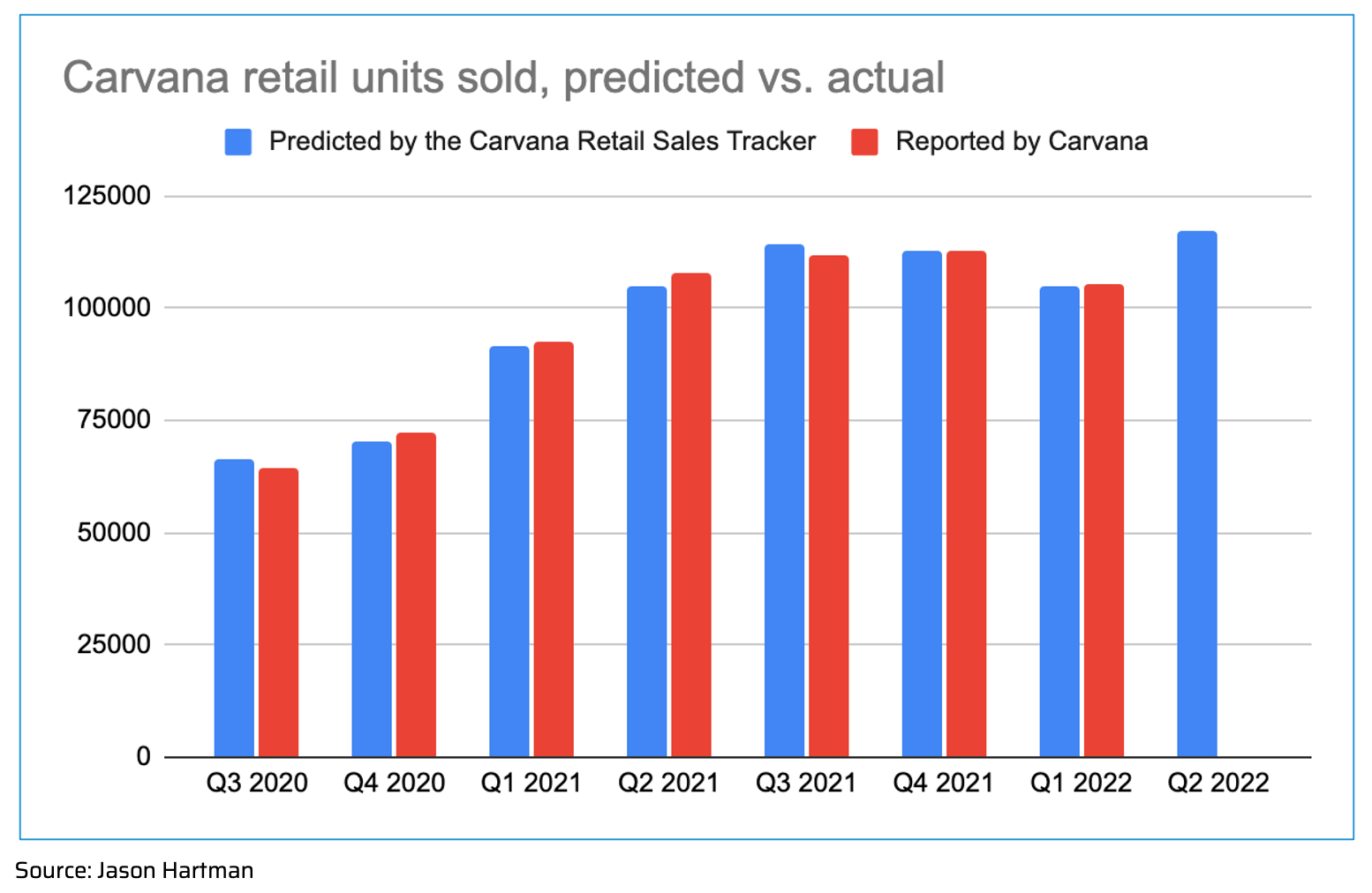 In May, the company announced an update to its operating plan, pivoting from a strategy of supercharged growth to one more concerned with the bottom line. Carvana has stated that reducing operating expenses per vehicle sold is now its “highest priority.”

Third-party marketplace listings would suit this strategy well. Carvana takes little financial risk with third-party listings. The company can list vehicles without acquiring or warehousing them.

Only when and if a vehicle is sold does Carvana buy it, pick it up and deliver it. That means no risk of running up debt payments on cars that in some cases may take several months to sell. A dealer on DealerRefresh said he understood Carvana keeps all the upsell opportunities for itself, including potential revenue from financing, insurance and extended maintenance warranties. Of course, those economics may differ from one dealer to the next, but neither Carvana nor its partners have revealed their arrangements.

The AIM Group asked Carvana if Hartman’s numbers were accurate; we received no response. Carvana did say it has a special marketing webpage for its third-party marketplace to show potential dealer customers.

“It isn’t linked from our main site and it is sent on an invitation basis,” Veronica Cardena, Carvana senior specialist in public relations, wrote in an email.

However, a dealer on DealerRefresh who has seen multiple ads for the program in his LinkedIn feed thinks Carvana is downplaying its efforts to sell the service. 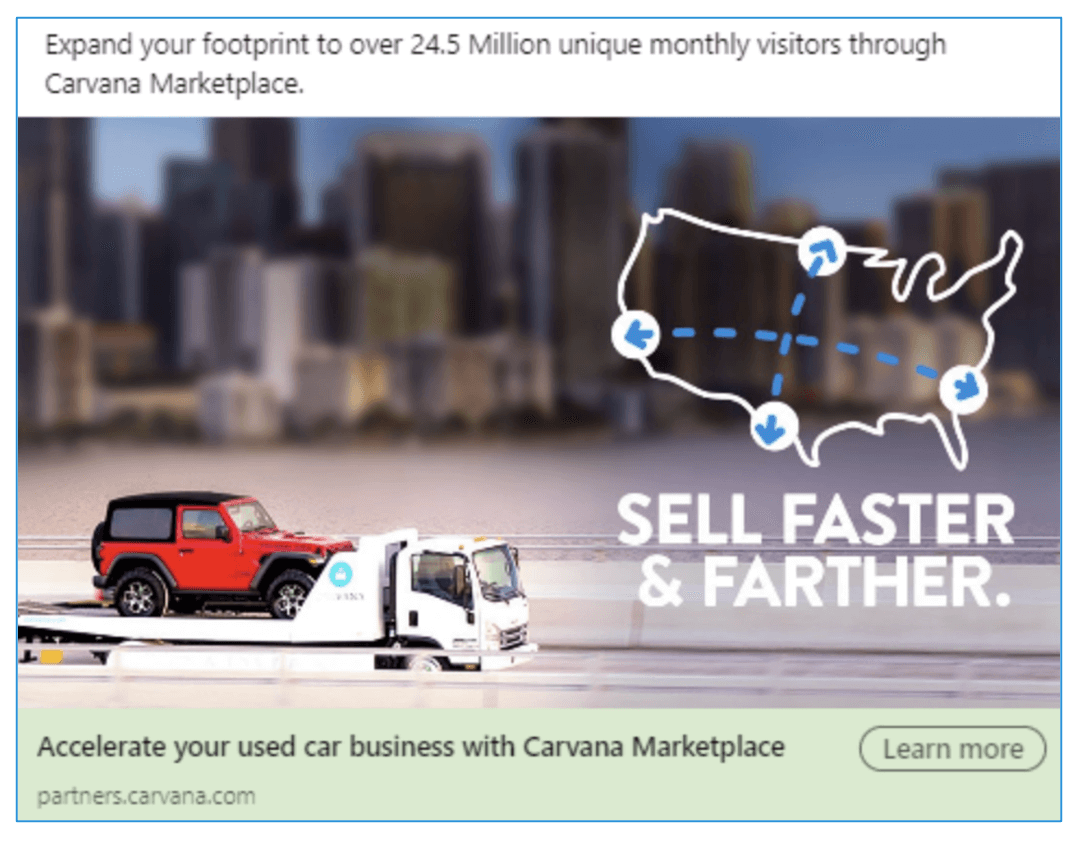 “Invite-only? That doesn’t seem accurate,” Ryan Everson, digital marketing manager for Michigan-based Garber Automotive Group, wrote. “I’ve been getting served a variety of LinkedIn ads linking to that page the past couple of days. Unless they consider a LinkedIn ad an invite.”