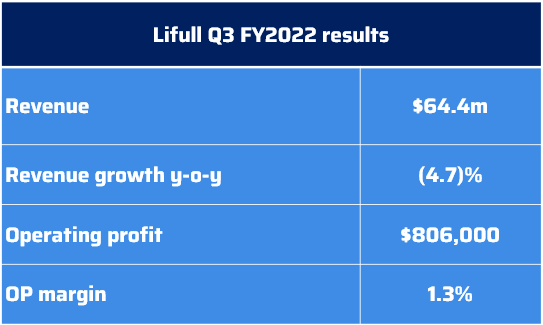 Homes.co.jp or Lifull Home’s revenue declined to Y6.3 billion ($46.7 million U.S.) in the April-June period from Y6.6 billion a year ago, according to its earnings announcement. The tepid topline was reflected in the company’s total turnover, which fell to Y8.6 billion ($64.4 million U.S.) from Y9.1 billion. The group’s operating profit plunged to Y108 million ($806,000) million from Y688 million. However, there was a recovery from the loss recorded in Q2.

In another positive, changes introduced to the property detail page layout, the display of newly-listed properties and improved searches on the property vertical boosted inquiries and the conversion rate.

From next month, a new transaction-based plan will come into action to govern property-data sharing between Lifull Home’s and Realestate.Rakuten.co.jp, owned by e-commerce giant Rakuten. Under the agreement, home-seekers could get a discount on moving costs if they have Rakuten points.

Lifull Group is keeping tightly focused on its core real estate businesses to improve revenue and profitability, which continued to reel under unfavorable market conditions in the third quarter. However, the Japan-based company avoided the urge to slash growth investments.

Revenue for nine months inched down 0.9% to Y26.6 billion due to tumbling inquiries on Lifull Home’s and the subdued performance of overseas third-party advertising.

Profitability was hit, sliding around 75% to Y631 million, due to proactive growth investments in Lifull Home’s and the downbeat overseas segment run under the Lifull Connect brand, which encompasses real estate services DotProperty and Resem, and aggregation sites Trovit, Mitula, and Nestoria. The group has sold its fashion aggregation service, Fashiola, operated by Kleding B.V, saying it wants to focus on its core real estate businesses.

Clients cut back on advertising spending as price inflation squeezed demand for new-build properties. The flagging market caused revenue from Homes.co.jp to drop 3.3% to Y19.5 billion, while its income plummeted 94% to Y114 million. Although revenue from premium ads and aggregation services improved, AdSense revenue was on a downtrend trend.

Turnover from the overseas segment was flat at Y5.2 billion. Coupled with the lackluster revenue, the cost of acquisitions — the takeover of Latin America-focused real estate marketplace Properati from OLX Group — brought overseas income down 51.1% to Y616 million.

Lifull’s client network “in the custom-built, re-sale and investment markets” continued to expand during the nine-month period, reaching an average 28,829 compared to 28,335 in the corresponding period a year earlier. Average revenue per user, however, slipped to Y75,112 from Y79,045. 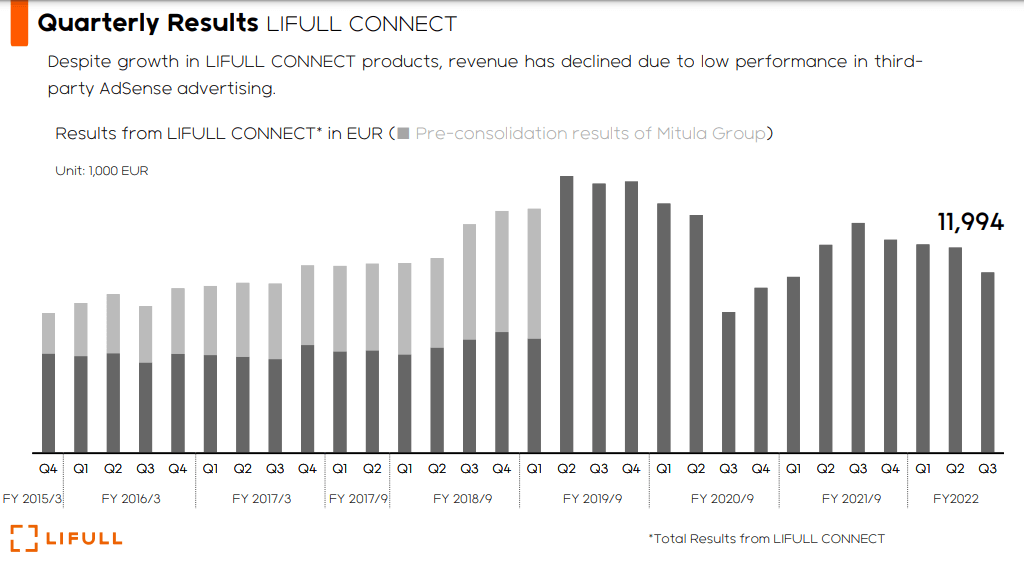 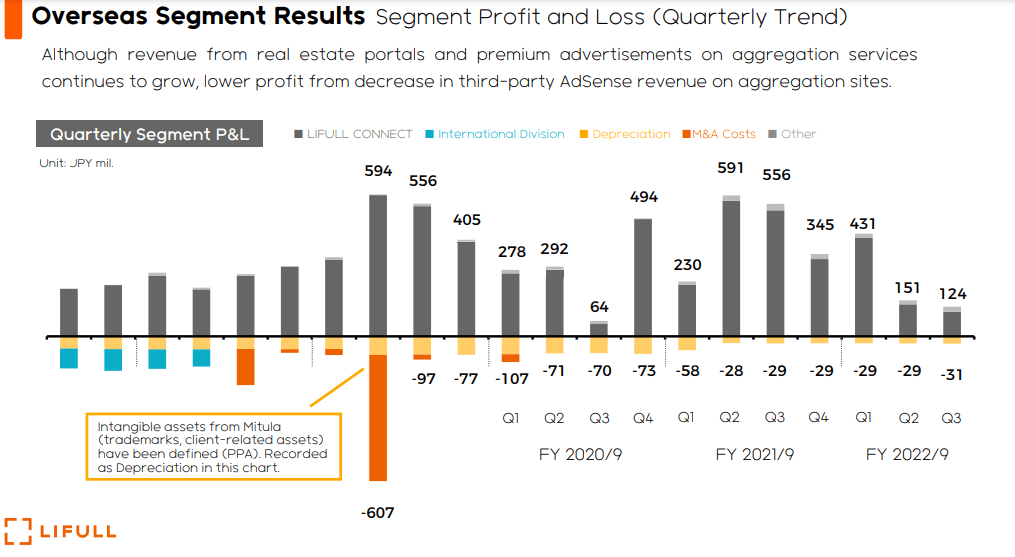