John Zappe, who spent two stints with the AIM Group as a writer/analyst focused on recruitment following an award-winning journalism career, passed away on Wednesday at the age of 70. 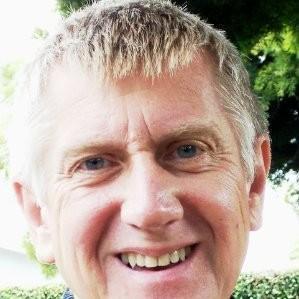 John was diagnosed with a brain tumor in November 2021. He underwent chemotherapy and radiation therapy before dying peacefully at a care facility in Southern California. His death was confirmed by his friend and companion, Nancy Placek, who supported and cared for him during his final days.

He was an award-winning journalist who was twice nominated for a Pulitzer Prize and later helped Knight-Ridder, Belo Interactive and the Los Angeles Newspaper Group develop leading online media sites.

Zappe graduated from the Syracuse University College of Law with a J.D. (doctor of law) degree. He was editor of the university’s newspaper, the Daily Orange, and served as an adjunct instructor at the Newhouse School of Communications. He chose not to become a lawyer and instead went into journalism.

He spent seven years at the Press-Telegram in Long Beach, Calif., where he served as assignment editor, enterprise editor, investigative and special projects reporter and later city editor, supervising a staff of 12. From there, he joined Knight-Ridder as a manager of new media, leading the team that planned, built and launched the company’s first newspaper website in 1994. Later, at Belo Interactive, he was director of new media, with operational responsibility for a multi-million dollar internet service provider, along with an audiotext and internet content operation. He also led an online advertising sales program.

Zappe also served as vice president of new media for almost three years at the Los Angeles Newspaper Group, with a staff of 23 and annual revenue of $5.2 million with a 35% margin.

In 2004, he joined the AIM Group, which then published Classified Intelligence Report, focusing on classified advertising online. He wrote about recruitment and local search for the report and also served as a consultant for several AIM Group clients, training teams in online sales and focusing on ad revenue growth.

After the AIM Group, he joined ERE Media, an online business focused on recruiters and recruitment. He edited the Fordyce Letter, “the voice of the professional executive recruiter.” He wrote more than 2,000 articles for ERE and its sister sites, before rejoining the AIM Group in early 2021. He also worked as a freelance writer for a number of companies, including a playground equipment provider.

In addition to journalism, John’s passion was training dogs and competing with them in agility trials. He traveled throughout the western U.S. with his dogs, most recently Batman and Zuma, and was part of the dog agility community in southern California.

He was a native of the Bronx, N.Y., but lived most recently in Long Beach, Calif. He attended Rhinebeck Junior and Senior High Schools and earned a bachelor’s degree in political science from Marist College in Poughkeepsie, N.Y.

In addition to Placek, John is survived by Batman, Zuma, and two large communities of friends from the journalism and dog-agility worlds.